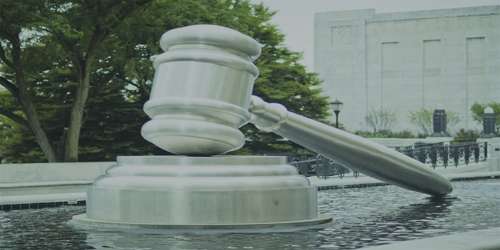 Doctrine of basic structure is an Indian judicial principle that the Indian Constitution has certain ‘Basic Features’ that can’t be altered or destroyed through amendments by the Parliament. This doctrine applies only to Constitutional amendments. The establishment of Doctrine of Basic Structure wasn’t an easy task. A cold war between legislative and Judiciary was held to establish this principle.

The Basic Features principle was first expounded in1964 by Justice J.R. Muholker in SAJJAN SINGH vs the STATE OF RAJASTHAN. He wrote- “It is also a matter for consideration whether making a change in a basic feature of the Constitution can be regarded merely as an amendment or would it be, in effect, rewriting a part of the Constitution and if the later, would be within the preview of Article 368.”

But the validity of the 24th amendment was challenged in Kasavanande Bharati Vs State of Kerala case. In that case, Court held that-“Parliament can change any provision including fundamental rights, but, parliament can’t amend any provision which strikes the basic structure of the Constitution.”

After that, it was held in in 39th amendment that-“Supreme Court can’t pass any decision when any dispute arises regarding the election of President, Vice-president, Prime Minister and Speaker.” But in Indira Neheru Gandhi Vs Raj Narayan [AIR 1975] case, Court decided that-“One of the basic structure, Democracy, (Rule of Law, Judicial Review and Fair Election) has been violated by that amendment, so, 39th amendment of Constitution is Unconstitutional.”

Again, The Govt. came up with the 42nd amendment-“No Constitutional amendment including fundamental rights shall be called in question in any Court.” But the Court held in Minarva Mills Vs Union of India [AIR 1980] that-“Court declared the amendment unconstitutional as it transgresses the limit of the amending power and damaging or destroying the basic structure.” And last, In Women raw Vs Union of India [AIR 1980]-“Parliament can’t amend Constitution So as to destroy its basic structure.”

The Doctrine of Basic Structure of the Constitution can be found in the sub-continent, as Dr. Kamal Hossain submitted in the 8th amendment case in a decision of the Dhaka High Court. This decision was first upheld by the Pakistan Supreme Court in Fazlul Quder Chowdhury Vs Abdul Hague case.

In Anwar Hussain Vs Bangladesh case, the principal argument of the judgment is that-“The Constitution stands on certain fundamental principles which are its structural pillars which the parliament can’t amend by its amending power for; if their pillars are dismissed or damaged then the whole Constitutional structure will be down.”

Article 7(B) of the Bangladesh Constitution also refers to the basic structure of the constitution which can’t be amended. In Addition to this,