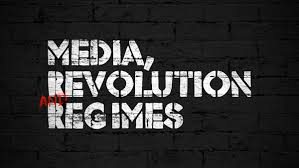 Since recent media revolution in Serbia, that ousted President Slobodan Milosevic in 2000, a combination of ‘coloured revolutions get swept across Asian Europe. These have been the Rose revolution in Georgia (2003), the Orange revolution in Ukraine (2005) along with the Tulip revolution in Kyrgyzstan (2005). Inside each case, following stolen elections, the media played a crucial role in catalysing general public participation in large protests, which led in order to success of each of the media revolution. This section will probably outline the crucial role the self-sufficient media played in all these four revolutions. A media environment which is commercial and seen as an de politicisation as well as demythologisation. Turbulent times when the reporting should occur and lastly a superior degree of public trust in the media. Mobilizing criteria like these are unlikely to always be met by numerous social movements, and are even less likely to be fulfilled by just about any progressive movements.