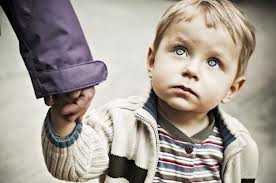 Guardianship and Custody of Children

Guardianship and Custody of Children

Custody of children is one of the most gender biased law in our legal system. The concept is that women do not have guardian status in the eye of law. Law of custody and guardianship is a mixture of:

(iii) The wide use of the powers of judicial discretion,

After divorce mother is entitled to custody of male till seven and female until puberty, of course this age line is flexible on ground of ‘welfare doctrine’. Above this age line father is the legal guardian. Reasons for women’s deprivation the laws view women as, less capable financial provider, incapable social protector. Also the traditional belief that father is the legal guarding. By not giving a mother such inherent right of custody over her own offspring, she is treated as an in competent human being.

Though the Christian Law sounds perfect in protecting best interest of the child, it is discriminatory to the mother. The mother’s right may be denied if it is deemed that such custody might conflict with the bringing up of a child with a faith other than the father’s.

In Hindu law mother is not legal guardian. Guardians of the minors are:

(ii) persons appointed by will by father,

(iii) person appointed by court and Guardians and Wards Act, 1890. Thus mother can be deprived of guardianship by father by appointing guardian by will. It is a gender biased law and contradictory to the law of equality. Controversially, mother is the natural guardian of her illegitimate child. Thus puts extra burden on mother.