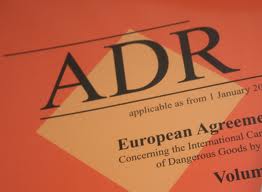 ADR is nothing new. This informal quasi judiciary system is as old civilization. Different forms of ADR have been in existence for thousands of years. The firm Arbitration (a form of ADR) Act was passedin 1698 under William III. This was an Act for rendering the award of arbitrators more effectual in all cases for the final determination of controversies referred to them by merchants and traders, or others. In 1854, Common Law Procedure Art expressly empowered courts to remit an award for reconsideration by the arbitrators. It aim empowered courts to stay (stop) an action in court if the parties had agreed m take the dispute to arbitration. Effectively, the Arbitration Act 1440 gifted a number of modem steps to be taken to agree disputes between the parties: the parties appoint arbitrators court may also appoint arbitrators if the parties fail to do so; decide the disputes informally, make an award, or settle the dispute by mediation, compromise or any other mama; court pass a decree in tams of the award d found the decision was made properly, and Arbitration Tribunal shall be competent m appoint expert or legal advisor to submit report to at an specified question or assessor for assisting it on technical matters.

In 1976 Professor frank Sander said in his book Varieties of Dispute Processing’, in future, not simply a courthouse but a dispute resolution centre or a multi-door courthouse where disputants would be screened and channeled m a variety of dispute resolution processes such an mediation, arbitration, fact-finding malpractice screening panel, superior court, or an ombudsman.

In 1976 in Bangladesh, Gram Adalat law was passed under the auspices of Union Parishad to settle minor criminal and civil law suits. The law house    bestowed an UP Chairman or Gram Adalat Chairman with power of a third claw magistrate. The court is comprised of 5 members including the Chairman, 2 General members and 2 members selected by the complainant and defender. The judgment of the court will be validated with unanimous support or by majority of 4:1. No one cam, raise any question regarding the legality o[ the verdict.

The Arbitration Act 1979 dealt principally with regulating the courts’ powers to review arbitration awards and to determine any question of law arising in the course of arbitration.

In 1980, the then Government of Bangladesh had passed a bill for introducing the office of an ombudsman to meet a constitutional binding; following the same last year, the Government has adopted a policy of introducing ombudsman sector-wise and has already set up a Tax Ombudsman.

In 1981, considering expenses and delays in disposal of cases through the legal system of India. a judgment was made by the Supreme Court of India in the case ‘Guru Nanak Foundation vs.  We Rattan Singh & Sons, AIR 1481 SC 2075′ saying, Interminable, time-consuming, complex and expensive court procedures impelled jurists to search for an alternative forum, leas formal, more effective and seedy for resolution of disputes avoiding procedural claptrap and this led them to …’

In 1982, Richard Abel summarizes the political ambiguity that imbues the history of ADR in The Politics of Informal Justice’: Yet if the goals of informal justice arc contradictory, and if it is incapable of realizing them because of contradictions inherent in advanced capitalism, in formalism should not simplistically be repudiated as merely an evil to be resisted, or be dismissed as a marginal phenomenon that can safely be ignored. It is advocated by reformers and embraced by disputants precisely because it expresses values that deservedly elicit broad allegiance: the preference for harmony over conflict, for mechanisms that offer equal access to the many rather than unequal privilege to the few, that operate quickly and cheaply, that permit all citizens to participate in decision making rather than limiting authority to “Professionals; that are familiar rather than esoteric, and that strive for and achieve substantive justice rather than frustrating it in the name of form.

In 1982, Former Chief Justice W. Burger of the United States Supreme Court asked, Is not there a Better Way? In the annual report on the stale of the judiciary to the American Bar Association. Chief Justice Burger’s plea to the legal profession to consider their traditional role as healers of human conflict and utilize more fully the negotiation and arbitration processes followed on the heels of various initiatives in the United States examining alternatives to court adjudication.

The Characteristics of ADR Approaches:

Although the characteristics of negotiated settlement, conciliation, mediation, arbitration, and other forms of community justice vary, all share a few common elements of distinction from the formal judicial structure. Them elements permit them to address development objectives in a manner different from judicial system&

Most fundamentally, ADR processes are less formal than judicial processes. In most cases, the rules of procedure are, flexible, without formal pleadings, extensive written documentation, or rules of evidence. This informality is appealing and important for increasing access to dispute resolution for parts of the population who may be intimidated by or unable to participate in more formal systems It is also important for reducing the delay and cost of dispute resolution. Most systems operate without formal representation.

Equally important ADR programs are instruments for the application of equity rather than the rule of law. Each caw is decided by a third party, Or negotiated between disputants themselves, based on principles and terms that seem equitable in the particular case, rather than on uniformly applied legal standards. ADR systems cannot be expected to establish legal precedent or implement changes in legal and social norms. ADR systems tend to achieve efficient settlements at the expense of consistent mid uniform justice.

In societies where large pails of the population do not receive any real measure of justice under the formal legal system, the drawbacks of an informal approach to justice may not cause significant concern. Furthermore, the overall system of justice can mitigate the problems by ensuring that disputants have recourse to formal legal protections if the result of the informal system is unfair, and by monitoring the outcomes of the informal system to test for consistency and fairness.

3) Direct Participation and Communication between Disputants

Other characteristics of ADR systems include mote direct participation by the disputants in the process and in designing settlements, mom direct dialogue and opportunity for reconciliation between disputants, potentially higher levels of confidentiality since public records are not typically kept, more flexibility in designing creative settlements, less power to subpoena information, and leas direct power of enforcement.

The impact of these characteristics is not clear, even in the United States where ADR systems have been used and studied mom extensively than in most developing countries, many argue, however, that compliance and satisfaction with negotiated and mediated settlements exceed those measures for court-ordered decisions. The participation of disputants in the settlement decision, the opportunity for reconciliation, and the flexibility in settlement design went to be important factors in the higher reported rates of compliance and satisfaction.

Negotiation, mediation and arbitration arc the most common features of ADR techniques in Bangladesh. Let discuss the three important ways of dispute resolution.


Negotiation is the process whereby the parties within the dispute Beck to settle or resolve the dispute. The negotiation process provides the parties or disputants and opportunity to exchange ideas, identity the irritant points of differences, find a solution, and get commitment from each other to reach an agreement. Bargaining is a common feature of the negotiation process. This feature makes it different from mediation and arbitration.

Webster’s Dictionary defines negotiation as “mutual decision and arrangement of the terms of a transaction or agreement”. Fisher et al., in Getting to Yea (1991), define negotiation as: “a basic meant of getting what you want from others. It is back and forth communicign: justify”>The problem in legal procedure are-

Everyone has a right to access formal state justice. Equal access to justice is one of our most basic rights. However, many people are denied or cannot access the formal system on an equal level with others for reasons including:

Every one has right to access formal state justice. Equal access to justice is one of our most basic rights. However, many people are denied or cannot access the formal system on an equal level with others for some reasons. Dispute resolution is a process that implies the causes of conflict as well as the resolution of such conflicts.