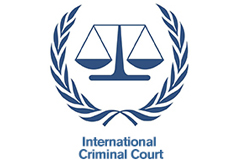 The International Criminal Court is also known as ICC was created by the Rome Statute which came into force on 1 July 2002. The United Nations stated that the General Assembly first recognized the need for a permanent international court to deal with atrocities of the kind committed during World War II in 1948, following the Nuremberg and Tokyo Tribunals. At the request of the General Assembly, the International Law Commission drafted two statutes by the early 1950s but these were shelved as the Cold War made the establishment of an international criminal court politically unrealistic.The establishment of an international tribunal to judge political leaders accused of war crimes was first made during the Paris Peace Conference in 1919 by the Commission of Responsibilities.