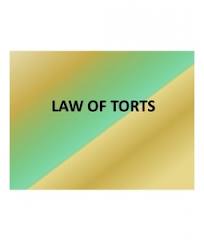 “A mans reputation is his property, more valuable than any other property.”

Character and reputation different thing. The character of a person signifies the reality about him. Where as reputation indicates only what is reported of him by others. It is constituted by public opinion.

“The wrong of defamation consists in the publication of a false and defamatory statement respecting another person without lawful justification or excuse.”

“Defamation means publication of false and defamatory statement about any person without any proper cause.”

“Publication of false statement which destroys some ones reputation in the sence of right thinking members of the society it creates defamation.”

“Defamation is the publication of statement which tends to lower a person in the estimation of right thinking members of society generally or which tends to make them shun or avoid that person.”

3.  Publication of the statement

5. In the estimation of the right thinking members of the society.

It is slander if it is made in some transitory form. Slander is defamation communicated by spoken words or other sounds addressed to ear or by gestures. Such as word of mouth, gestures.

It is libel if the defamatory representation is made in some permanent and visible form. Libel indicates something printed or written but it includes also anything recorded in a more or less permanent form addressed to the eye or which could be seen. Such as painting, photograph, wax work, cartoon, sky writing by an aero-plane.

Differences between Libel and Slander:

There must be a defamatory statement. Not only written or oral statement, but also cartoon, body language movement can be considered as statement.

Statement must be defamatory in the estimation of the reasonable men:

The expression reasonable man has been interpreted to mean the right thinking members of the society in generally.

2. Statement must refer to the person:

In every action for defamation the plaintiff must prove that the statement refers to a specific person. It is however not necessary to show that the defendant intended it to refer to the plaintiff.

The defendants, in their newspaper, published an article in which one Artemus Jones, described as a Churchwarden, was accused of living with a mistress in France. The article was written as a fiction, and the owners of the newspaper were ignorant of the existence of any person who bore that name. Unfortunately, however, the name so chose was that of a real person, an English Barrister and journalist, and those who knew him supposed the article refers him. The defendants were liable. Held that “A person charged with libel cannot defend himself by showing that he intended in his own breast not to defame, or that he intended not to defame the plaintiff, if in fact he did both.”

3. Published by the defendant:

Truth of the defamatory statement is a complete defence to a civil action brought in respect of it, and if the matter is true the purpose or motive with which it was published is irrelevant. The defence that a statement is true is known as a plea of justification, the defendant being said to justify his statement.

Nothing is libel which is a fair comment on a matter of public interest. The defendant has to prove that,

i. The word published related to some matter of public interest.

ii. They are a comment, not a statement of fact.

* Statement made in course of parliamentary proceedings.

* Statement made in course of judicial proceedings.

* Statement relating to affairs of state.

* Statement made in performance of a duty.

* Statement made in the protection of an interest.