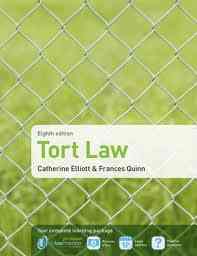 Trespass in its widest sense signifies any transgression or offence against the law of offence against nature, of society or of the country, whether relating to a mans person or to his property.

According to famous Indian writer “Ratanlal & Dhirajlal” Trespass in its widest sense, signifies any transgression or any offence against the law of nature of society, or of the country, whether relating to a man’s person or to his property.

So we can say that, every invasion of private property be it ever so minute is a trespass.

In English common law trespass was of three kinds:

Definition of Trespass to the land:

“Every invasion of private property be it ever so minute is trespass.”

Winfield: “If I plant a tree in your land that is trespass. But if the roots or branches of a tree on my land project into or over your land, that is a nuisance.”

How trespass commits: Trespass to land may be committed by the following three ways.

Trespass by wrongful Entry:A man is not liable for a trespass committed involuntarily, but he is liable if the entry is intentional, even though made under a mistake.

“An entry upon the lands of another constitutes trespass to land whether or not the entrant knows that he is trespassing.”

But a person is not liable if his entrance is involuntary.

Aerial trespass:  Trespass in the airspace above land.

“Cujus est solum ejus est usque ad coelum”: Whose is the soil his is also that which is above it.

This maxim does not means any ownership over the infinite space but only means that if  one owns portion of the earths surface, one also owns anything below or above that portion which is capable of being reduced into private ownership.

It is also a trespass to place anything on or in land in the possession of another as by driving a nail into his wall or placing rubbish against his wall. It will mean actual entrance.

Remaining on Land:A person who has lawfully entered into on land in the possession of another commits a trespass if he remains there after his right of entry has ceased. A license whose license has been terminated or is extinguished by expiry can be sued as a trespasser if he does not vacate after request and laps of a reasonable time.

placing thing on Land:  Every interference with the land of another, throwing stones or materials over a neighbors land is deemed constructive entry and amounts to trespass.

Abuse of authority: If one who is entitled by law to do an act abuses his authority to do it he is said to be trespass ab initio. His act is reckoned as unlawful from the very beginning however innocent his conduct may have been up to the moment of his abuse.

Two policeman lawfully entered premises to arrest one of the plaintiffs and whilst on the premises took possession of a large number of documents. Some rightfully and some wrongfully. They were not liable as trespass ab initio.

Six carpenters entered a tavern asked for wine and paid for it. After wards they asked a second supply, but refuse to pay for it. Held that mere non payment was a nonfeasance which was not sufficient to render them trespasser ab initio.

1. Authority abused must be given by the law not by an individual.

2. The abuse must amount to a positive wrongful act.

3. Stealing something from a common inn.