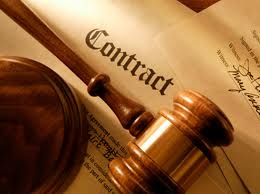 Lecture on The Law of contract 08

According to the section 31 of the contract Act 1872, “A Contingent contract is a contract to do or not to do something, if some event, collateral to such contract, does or does not happen.”

A Contingent contract contains a condition promise. A promise is “absolute” or “unconditional” when the promisor undertakes to perform it in any event. A promise is “conditional” when performance is due only if an even, collateral to the contract, dose or does not happen. “Collateral” means “subordinate but from same source, connected but aside from main line.”

There are certain dealings which are not contracts strictly, though the parties act as if there is a contract. The contract Act specifies the various situations which come within what is called quasi contract.

When one person obtains a benefit at the expense of another and the circumstances are such that he ought, equitably, to pay for it, the law will compel payment, event thought there is no contract  between the parties by which payment is promised. The parties will be put in the same position as they would have occupied if there was a contract between them. Such cases are called quasi contract because the relationship between the parties in such cases resembles those created by contract. Sections 68-72 of the contract act describe the cases which are to be deemed quasi contract.

Remedies for Breach of contract

When a contract is breach by any party of the contract. The other party is entitled to get remedies for this breach by the court. The following remedies are available for breach of contract——-

1. Rescission of the contract

When one party to a contract breach the contract the other party is entitled to ratification the contract under section 35-38 of the specific Relief Act 1877.

2. Ratification of the contract

When any contractual document is made with fraud or with mutual mistake and which does not express the real intention of the parties, than the affected party to the contract  is entitled to the ratification the contract according to there intention under section 31-34 of the specific Relief  Act 1877.

When a contract breached by one party the other party of the contract is entitled to get damages for such breach. The amount of the damages is a question of fact and determine according to circumstance.

One of the important remedies for breach of contract is injunction. The providing regarding injunction is equated by the section 52-57 of the specific Relief Act 1877. And the under xlv of the code of civil procedure 1908.

The remedies for breach of contract also be given with the rule of “so much remedies as much performance.” It is known as Quantum Meruit by the section 65 of the specific Relief Act 1877.