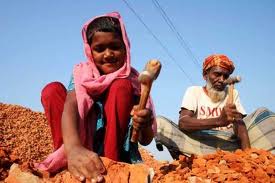 According to a survey conducted by the Bangladesh Institute of Development Studies, the corrupt autocratic regime of former President H.M.Ershad fell when he was forced to resign on December 6, 1990 following a popular democratic movement affecting 80% of the country. An interim government under the Chief Justice of the Supreme Court, Shahabuddin Ahmed, was formed which was scrupulous in its impartiality. It conferred on the Election Commission autonomous powers to run free and fair elections. The parliamentary election of February 27, 1991 was the best ever held so far in Bangladesh. Although vote rigging and ballot stuffing were not an issue in the eleven by-elections on September 11, 1991 and in Union Council elections in 1992, the display of naked violence by the two major parties (the Bangladesh Nationalist Party (BNP) and the Awami League) was an ominous sign for the future. In spite of strong evidence of faulty voters lists in the parliamentary elections, no corrective measures were taken in the two subsequent elections. In 1992, the Election Commission announced a short period of time (seven days) for voters to register if their names were missing from the lists.

To gain a majority in the Parliament, the BNP had first of all to enter into a coalition government with the Jamaat-i-Islami, a fundamentalist Islamic party. But the BNP gained a simple majority in Parliament through the by-elections and the election of 30 women members by the Parliament. This enabled it to resist pressures for repeal of the unpopular Special Powers Act (SPA), which all parties had opposed in the democratic movement, and the Indemnity Bill, which gave protection to the killers of Sheikh Nujibur Rabman, the first Prime Minister. Popular pressure, however, caused the BNP reluctantly to return to a parliamentary system of government by amendment of the constitution on August 6, 1991 rather than to retain the former presidential system. A national referendum in September 1991 was held on this issue which showed the public’s strong support for it.

Another favourable step toward democracy has been a willingness of the general public to give the new government sufficient breathing space to learn how to run the country in a democratic way. However, Sheikh Hasina of the AL, leader of the opposition in the Parliament, has been negative and exaggerated in her criticisms of government, carrying opposition at times to near- ridiculous lengths, e.g., alleging an 9ngoing famine in the Northwest in 1991 which never materialized.

There has been a lessened use of the SPA under the new government, especially against political prisoners. The number of detainees under SPA was cut in half in 1991. As previously, the present government also maintains that there are no political prisoners. Several Jatiya Party detainees, however, who were detained under SPA obtained their release through writ petition. Former President H.M. Ershad has been tried under several charges of corruption and abuse of power in open courts and with strong legal backing. Every attempt is being made apply the full rigour of law.

Nevertheless, the SPA and Vested Property Act, used selectively against the religious aid tribal minorities and both widely considered as “black laws”, remain entrenched with no signs that they will be repealed in the near future. Neither has government shown any inclination to control prostitution, child and woman trafficking or abuse of labour laws (including child labour) in the highly successful garment industry. Campus violence, resulting in many deaths in 1991-92, is even greater than under the previous regime, as the student unions of the big political parties continue to battle it out for supremacy on the campuses. Their parties have shown no willingness to withdraw their support or to censure the violent actions of their own party students.

Freedom of the press and freedom of expression have been widely restored with the provision, however, that the press excercise self-censorship on certain issues.

Particularly striking since 1971 is a total absence of criticism of the military in the media. Indirect censorship can still be exercised in many ways. The weekly Purbavarh was banned by a phone call from the Home Ministry in October 1991 for allegedly “creating tension in society” by publication of an article on the Chittagong Hill Tracts (CHT) favourable to the tribal position. The simultaneous publication of many articles demanding equal rights for the Bengalis in the CHT were not regarded by the g6vernment as “creating tension.” The ban against the weekly is still in effect (as of March this year).

Although the BNP removed sections of the SPA restricting press freedom, including closure of newspapers by government fiat, the same control measures have now been incorporated into the Penal Code.

There has been no conspicuous improvement in other aspects of human rights since the establishment of the new government. In fact, it was involved in a cover-up of police atrocities in the Dhaka Central Jail in April 1991 through not launching any official investigation and denying all allegations.

There has also been no improvement in the Chittagong Hill Tracts (CHT) situation. The government continues to stand for a political solution operating through the three Hill District Councils and for development programmes in the CHT for the benefit of the tribals. When the District Councils were dissolved elsewhere in the country in late 1991, the unpopular Hill District Councils were retained. They are said to be controlled by the military. The tribal people reject the Hill Councils and do not think that development can be effected until there is a just political settlement. The Hill Districts were set up in 1989, but so far only 10 of the 21 (or 22) district administrative subjects have been turned over to the hill councils (there is a discrepancy of numbers in the press).

In recent months there has been an intense propaganda campaign through paid journalists, whether directly by the Army or the government, to spread disinformation on the CHT. These journalists are allowed free access to the CHT, while other responsible persons are denied such access. Atrocities of the Shanti Bahini against both Bengali colonialists or tribals, whether real or concocted, are spread widely in the press. While attacks and atrocities of the Shanti Bahini against Bengali settlers must certainly be deplored and denounced, the use of deceitful techniques of propaganda is also reprehensible.

The tribal people are enticed by glowing promises to take part in protest marches against the atrocities of the Shanti Bahini. False photos of alleged Shanti Bahini and false reports of incidents have been published. But none of the killings, disappearances, destruction of houses and villages, beatings, rapes or tortures by the military, documented in great detail by the hill people, are ever mentioned in the press even when reported by Amnesty International.

At the same time, protests by the tribal people against the atrocities in the CHT go unreported; certainly, the involvement of the Army is never mentioned. One of the main forms of harassment is arrest on mere suspicion of being a Shanti Bahini or a supporter of the Shanti Bahini. Some officers of the popularly elected People’s Hill Council were arrested in 1991 and held under the SPA, though two of them got their freedom under SPA after several months in jail through writ petitions to the High Court (one is still detained on another charge under the Penal Code).

Fourteen held under the SPA, out of 40 for whom writ petitions have been submitted, were released in this way up to March. For this reason, nine students of the Greater CHT Students Council who protested openly in Dhaka on February 17, 1992, presented a memorandum to the Speaker of the House and distributed leaflets were jailed the next day on returning to the Hill Tracts on a non-bailable charge of “creating tension in society” by distribution of ”anti-government” literature. Since then, at least 10 more tribals have been reported as detained in March.

An international commission, co-chaired by the Vice President of the European Parliament, visited the CHT in December 1990 and published a lengthy report on May 23, 1991 entitled “Life is Not Ours: Land and Human Rights in the CHT, Bangladesh”, with a follow-up in March 1992. The government responded to the first report with a counter report circulated to embassies in Dhaka in December 1991. The second commission document reveals that the government reply was prepared by the military.

The Bangladesh answers to questions raised about the CHT at the UN Working Group on Indigenous Populations in Geneva and at meetings of the ILO have been characterised as skimpy and lacking in detail. The ILO which monitors compliance with Convention 107 on tribal lands (which Bangladesh has ratified) has complained that the requests they made for information on the CIIT and on tribes outside the Hill Tracts went completely unanswered by the Bangladesh government. The WO has set the end of June 1992 as an extended deadline for presenting such a report.

There have been considerably fewer deaths in police custody reported in the press than in the previous two years of the Ershad regime. Magistrates are now required to investigate every reported death in police custody. Still, there is no access allowed to human rights organisations to investigate inside jails or to have access to prisoners (one law centre has access to women and children detainees). Pressure on jail overcrowding, which was a huge problem and a major cause of violence and unrest in the jails, was relieved by the release of several thousand prisoners in 1991.

One of the human rights issues which has attracted attention since Bangladesh ratified the UN Convention on the Rights of the Child is child labour. Child labour has been on a dramatic increase e.g. it is common to see throughout the country large numbers of underage rickshaw pullers. In Dhaka in the past one or two years there has been a noticeable increase in the numbers of under-aged girls working in the garment industry.

Child labour is spreading without any restriction, even when those involved can be easily identified, e.g., rickshaw pullers and under-aged girls in the garment industry. Since it became within a decade the leading foreign exchange earner of the country, there is no interest in putting any kind of restrictions on the garment industry. There is no prosecution of cases to enforce labour laws and therefore scant attention is paid to abuses of the child labour laws.

Meanwhile, Bangladesh has become the unwitting victim of a massive human rights violation campaign in Burma (Myanmar). Thousands of Muslim refugees, perhaps more than 200,000 (the Muslim population of Burma is up to 16%), have been driven over the border through persecution and oppression, both at the local level and by the army, which claims to be trying to suppress all insurgency movements along the border. The refugees complain of killings, forced labour, forced destruction of their own homes and mosques, land confiscation, rape and various forms of torture.

The Bangladesh government has attempted to negotiate with Burma for the return of the refugees and has submitted lists of over 35,000 names, as requested by the Burmese authorities as a condition for return. The UNRCR has officially taken up the cause of the Rohingya refugees and has appealed to the world community for .5 million in aid. The refugees are proving to be an enormous burden for Bangladesh and are devastating the ecology in the region of the refugee camps.