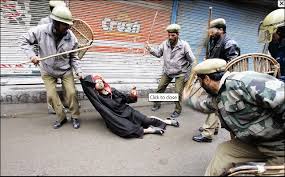 Violation of Human Rights in Bangladesh

Violation of Human Rights in Bangladesh

“The ‘disappearances’ of detainees in the custody of Russian federal forces in Chechnya is a major human rights crisis that the Russian government and the international community must address.”

“While combat between federal forces and Chechen rebels has for the most part ceased, the ‘disappearance,’ torture, and summary execution of detainees continues, marking the transition from a classical internal conflict into a ‘dirty war,’ where human rights violations and not the conquest or defense of territory are the hallmarks.”

There is now near-universal consensus that all individuals are entitled to certain basic rights under any circumstances. These include certain civil liberties and political rights, the most fundamental of which is the right to life and physical safety. Human rights are the articulation of the need for justice, tolerance, mutual respect, and human dignity in all of our activity.[1] Speaking of rights allows us to express the idea that all individuals are part of the scope of morality and justice.

To protect human rights is to ensure that people receive some degree of decent, humane treatment. To violate the most basic human rights, on the other hand, is to deny individuals their fundamental moral entitlements. It is, in a sense, to treat them as if they are less than human and undeserving of respect and dignity. Examples are acts typically deemed “crimes against humanity,” including genocide, torture, slavery, rape, enforced sterilization or medical experimentation, and deliberate starvation. Because these policies are sometimes implemented by governments, limiting the unrestrained power of the state is an important part of international law. Underlying laws that prohibit the various “crimes against humanity” is the principle of nondiscrimination and the notion that certain basic rights apply universally.[2]

The Various Types of Violations

The number of deaths related to combat and the collateral damage caused by warfare are only a small part of the tremendous amount of suffering and devastation caused by conflicts. Over the course of protracted conflict, assaults on political rights and the fundamental right to life are typically widespread. Some of the gravest violations of the right to life are massacres, the starvation of entire populations, and genocide. Genocide is commonly understood as the intentional extermination of a single ethnic, racial, or religious group. Killing group members, causing them serious bodily or mental harm, imposing measures to prevent birth, or forcibly transferring children are all ways to bring about the destruction of a group. Genocide is often regarded as the most offensive crime against humanity.

The term “war crime” refers to a violation of the rules of jus in bello (justice in war) by any individual, whether military or civilian.[3] The laws of armed conflict prohibit attacks on civilians and the use of weapons that cause unnecessary suffering or long-term environmental damage.[4] Other war crimes include taking hostages, firing on localities that are undefended and without military significance, such as hospitals or schools, inhuman treatment of prisoners, including biological experiments, and the pillage or purposeless destruction of property.[5] Although clearly outlawed by international law, such war crimes are common. According to Kofi Annan, Secretary-General of the United Nations, it is increasingly true that “the main aim…[of conflicts]… is the destruction not of armies but of civilians and entire ethnic groups.”[6]

Women and girls are often raped by soldiers or forced into prostitution. For a long time, the international community has failed to address the problem of sexual violence during armed conflict.[7] However, sexual assaults, which often involve sexual mutilation, sexual humiliation, and forced pregnancy, are quite common. Such crimes are motivated in part by the long-held view that women are the “spoils” of war to which soldiers are entitled. Trafficking in women is a form of sexual slavery in which women are transported across national borders and marketed for prostitution. These so-called “comfort women” are another example of institutionalized sexual violence against women during wartime. Sexual violence is sometimes viewed as a way to destroy male and community pride or humiliate men who cannot “protect” their women. It is also used to silence women who are politically active, or simply inflict terror upon the population at large.[8] Mass rapes may also form part of a genocidal strategy, designed to impose conditions that lead to the destruction of an entire group of people. For example, during the 1990s, the media reported that “rape and other sexual atrocities were a deliberate and systematic part of the Bosnian Serb campaign for victory in the war” in the former Yugoslavia.[9]

Rather than simply killing off whole populations, government forces may carry out programs of torture. Torture can be either physical or psychological, and aims at the “humiliation or annihilation of the dignity of the person.”[10] Physical torture might include mutilation, beatings, and electric shocks to lips, gums, and genitals.[11] In psychological torture, detainees are sometimes deprived of food and water for long periods, kept standing upright for hours, deprived of sleep, or tormented by high-level noise.

Torture is used in some cases as a way to carry out interrogations and extract confessions or information. Today, it is increasingly used as a means of suppressing political and ideological dissent, or for punishing political opponents who do not share the ideology of the ruling group.[12]

In addition to torture, tens of thousands of people detained in connection with conflicts “disappear” each year, and are usually killed and buried in secret.[13] Government forces “take people into custody, hold them in secret, and then refuse to acknowledge responsibility for their whereabouts or fate.”[14] This abduction of persons is typically intended to secure information and spread terror. In most cases, interrogations involve threats and torture, and those who are arrested are subsequently killed.[15] Corpses are buried in unmarked graves or left at dumpsites in an attempt to conceal acts of torture and summary execution of those in custody.[16] Because people disappear without any trace, families do not know whether their loved ones are alive or dead.

Various lesser forms of political oppression are often enacted as well. Individuals who pose a threat to those in power or do not share their political views may be arbitrarily imprisoned, and either never brought to trial or subject to grossly unfair trial procedures. Mass groups of people may be denied the right to vote or excluded from all forms of political participation. Or, measures restricting people’s freedom of movement may be enforced. These include forcible relocations, mass expulsions, and denials of the right to seek asylum or return to one’s home.[17]

Political oppression may also take the form of discrimination. When this occurs, basic rights may be denied on the basis of religion, ethnicity, race, or gender. Apartheid, which denies political rights on the basis of race, is perhaps one of the most severe forms of discrimination. The system of apartheid in South Africa institutionalized extreme racial segregation that involved laws against interracial marriage or sexual relations and requirements for the races to live in different territorial areas. Certain individuals were held to be inferior by definition, and not regarded as full human beings under the law.[18] The laws established under this system aimed at social control, and brought about a society divided along racial lines and characterized by a systematic disregard for human rights.

In addition, women are uniquely vulnerable to certain types of human rights abuses in addition to the sexual abuse mentioned above, entrenched discrimination against women is prevalent in many parts of the world and leads to various forms of political and social oppression. This includes strict dress codes and harsh punishments for sexual “transgressions,” which impose severe limitations on women’s basic liberties. In addition, women in some regions (Africa , for example) suffer greater poverty than men and are denied political influence, education, and job training.[19]

Violations of political and economic rights are the root causes of many crises. When rights to adequate food, housing, employment, and cultural life are denied, and large groups of people are excluded from the society’s decision-making processes, there is likely to be great social unrest. Such conditions often give rise to justice conflicts, in which parties demand that their basic needs be met.

Indeed, many conflicts are sparked or spread by violations of human rights. For example, massacres or torture may inflame hatred and strengthen an adversary’s determination to continue fighting. Violations may also lead to further violence from the other side and can contribute to a conflict’s spiraling out of control.

On the flip side, armed conflict often leads to the breakdown of infrastructure and civic institutions, which in turn undermines a broad range of rights. When hospitals and schools are closed, rights to adequate health and education are threatened. The collapse of economic infrastructure often results in pollution, food shortages, and overall poverty.[21] These various forms of economic breakdown and oppression violate rights to self-determination and often contribute to further human tragedy in the form of sickness, starvation, and lack of basic shelter. The breakdown of government institutions results in denials of civil rights, including the rights to privacy, fair trial, and freedom of movement. In many cases, the government is increasingly militarized, and police and judicial systems are corrupted. Abductions, arbitrary arrests, detentions without trial, political executions, assassinations, and torture often follow.

In cases where extreme violations of human rights have occurred, reconciliation and peacebuilding become much more difficult. Unresolved human rights issues can serve as obstacles to peace negotiations.[22] This is because it is difficult for parties to move toward conflict transformation and forgiveness when memories of severe violence and atrocity are still primary in their minds.