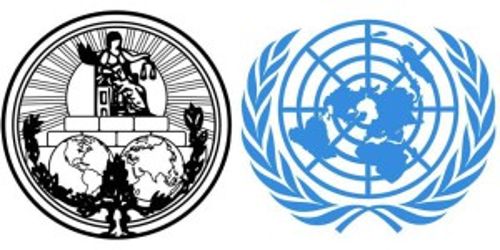 What is the International Court of Justice?

The International Court of Justice (ICJ) regulates disputes concerning human issues that are not related to just one country (humanitarian law and war crimes) as well as international disputes about things like borders and pollution.

The Court has two functions: The seat of the Court is at the Peace Palace in The Hague (Netherlands). Of the six principal organs of the United Nations, it is the only one not located in New York (United States of America).

The Court’s role is to settle, in accordance with international law, legal disputes submitted to it by States and to give advisory opinions on legal questions referred to it by authorized United Nations organs and specialized agencies.

The Court is composed of 15 judges, who are elected for terms of office of nine years by the United Nations General Assembly and the Security Council. It is assisted by a Registry, its administrative organ. Its official languages are English and French. In contentious cases (adversarial proceedings seeking to settle a dispute), the ICJ produces a binding ruling between states that agree to submit to the ruling of the court. Only states may be parties in contentious cases. Individuals, corporations, parts of a federal state, NGOs, UN organs and self-determination groups are excluded from direct participation in cases although the Court may receive information from public international organizations.