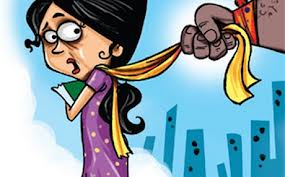 Women and Law of Bangladesh

Women and law of Bangladesh:

Some laws have been introduced to protect the women rights, injustice made to then and those are still in action. Those are dowry opposing act 11050 (Reach field in 11052). In this law punishment has been imposed directly or indirectly for receiving and giving dowry. Under this law one year jail may be offered on Tk. 5000 fine or both applicable.

In this act, rowing of acid is considered to be on offense of being incapable of bail and non-compromising. Incase of death by acid throwing, the convicted person will be offered death sentence of life long jail with one lakh money as compensation. People have expressed different views for and against this law. An organization was formed to raise protest against all orts of disparity against women.

In application of this law, time of investigation and judgment is determined. In case on belong of judgment and prolonging the verdict, investigating officer will be bitable for reflecting duties and responsibilities. As a result this act may lessen the prolonging settlement of the case.

According to women and children oppression act 1995 and 2000 the matter related to increase the duration of investigation of the verdict is under the judgment of direct tribunal. So the matter of increasing time is under the trial. In this case there is a great possibility to dissolve the process of trail very soon.

Under this act Judiciary facilities are provided in a confined resume. In that case no person will remain present there except the concerned persons. If necessary the judge can conduct the judgement either in the court or outside the court. Under this act the victims are being greatly benefited.

According to women and children curbing act 2000 in case of attempt to death or rape by poisonous or burning elements or in both cases, it will be considered to be serious offense.

Article 28(4): Nothing in this article  shall prevent the state from making special provision  in favour of women children or for the advancement of any backward section of citizens.

In a recent study it is found that 12% enjoy human rights fully, 8% enjoy minimum human rights, 7.8% can enjoy equal rights in human activities and 7.6% can enjoy open freedom.

What steps to be taken to ensure their human right?

From this study it is noticed that all women opine to take the shelter of law, correct the law, raise consciousness of their rights and responsibilities, provide more opportunities, continue campaign, ensure equal share of property, express rights of freedom, avoid fundamentalists and soon.