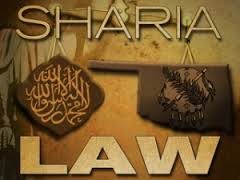 The form of the dower described above in connection with the fifth stage is not an invention of the Quran. All that the Qur’an did was to restore it to its natural and pristine form. The Quran in its incomparably elegant style says: “Give to the women a free gift of their marriage portions”. (Surah an-Nisa, 4 : 4) This means that the dower belongs to women exclusively and it is a gift to be paid directly to them. It has nothing to do with their fathers or brothers.

In this short sentence the Holy Quran has referred to three basic points:  Firstly it has used for marriage portion or the dower the word, saduqatehinna meaning truthfulness and sincerity and not the word mehr. Thus, the dower is a symbol of the cordiality of the man paying it. This point has been expressly mentioned by a number of the commentators of the Holy Quran, such as Zamakhshari, the author of the well-known commentary, the Kashshaf Similarly, the famous philologist, Raghib Isfahani says in his lexicon of the Quran that the dower has been called saduqah because it is a symbol of the sincerity of faith. Secondly, it is clear from the above verse of the Quran that the dower is to be paid directly to the woman, and her parents have no claim to it. It is not a compensation for the efforts made by them to bring up their daughter.

The Holy Quran abolished many pre- Islamic Arab customs connected with dower and restored it to its natural and deserving pristine form.

According to the Islamic traditions not only a father has no claim to any part of the dower of his daughter, but it is also not permissible to include, in the marriage agreement, a condition that apart from dower anything additional would be paid to him. In other words, a father is not allowed to derive any financial gain out of the marriage of his daughter.

Islam also abolished the custom according to which a man worked for his prospective father-in-law when money had not yet become a medium of exchange. This custom did not come into existence simply because the fathers wanted to benefit through their daughters. There were other reasons also, which were characteristic of the age and were not necessarily unfair. Anyhow, there is no doubt about the existence of such a custom in the ancient world.

Anyhow, Islam has done away with this custom, and now the father of the woman has no claim to the dower, even if he wants it for spending it on his daughter. Only the woman herself has full rights to spend it as she likes.

During the pre-Islamic period there existed other customs also, which practically deprived the woman of her dower. One of them was the custom of inheriting conjugal rights. If a man died, his son or brother inherited his conjugal rights, in respect of his wife, in the same way as he inherited his property. The son or the brother of the deceased had a right, either to give the widow in marriage to another man and take her dower, or to declare her his own wife against dower already paid to her by the deceased.

The Holy Quran did away with this custom also. It says:

In another verse, the holy Quran has totally banned a marriage with one’s father’s wife (stepmother) even if she be willing. It says: “Marry not those women whom your father married” (Surahan-Nisa,4 : 22).

The Holy Quran did away with every custom which deprived woman of her dower. One of such customs was that when a man lost interest in his wife, he harassed her with a view to making her agree to a divorce on the condition that she would return, wholly or partly, the dower which she had received. The Holy Quran says: “Nor should you put constraint on them (women) so that you take away part of what you have given.’’ (Surahan-Nisa, 4: 19).[35]

A hadith of the Prophet Muhammad (may peace be upon him) on the rights of woman regarding dower are as under:‑

Omme-Habibah reported that she was the wife of Abdullah‑b‑Jahash who died in the land of Abyssinia, and then the Negus gave her in marriage to the Prophet and took from him a dower of 4000 (in another narration 4000 dirhams). Then he sent her to the Prophet with Shurahbil‑b­Hasanah. (Abu Daud; Nisai)

Oqbah‑b‑‘Amer reported that the Messenger of Allah said: The most equitable of the conditions (of marriage) is that you should fulfil that (Dower) with which you have made private parts lawful. (Bukhari and Muslim)

Jaber reported that the Messenger of Allah said: whoso gives two handful of barley or dates as dower of his wife has rendered (marriage) lawful. (Abu Daud)

Sahl‑b‑Sa’ad reported that a woman came to the Messenger of Allah and said: O, Messenger of Allah, I offer myself to you. She then kept standing for a long time. A man got up and said; O, Messenger of Allah! marry her to­(me)…The Prophet said: Have you got with you anything which we may give to her as dower? He said; I have nothing but this trouser of mine. The Prophet said: Seek, though it be a ring of iron. Then he searched but did find nothing. The Prophet asked: Have you got any portion of the Qur’an with you? ‘Yes’, said he ‘such and such a verse.’ He said: I give her in marriage to you for what is with you from the Qur’an (So teach her something from the Qur’an). (Bukhari, Muslim)

Hazrat Umar once addressed the people in the Mosque of the Prophet: O People! Why have you started fixing the dowers of women at fantastically higher amounts, while the Messenger of Allah had never fixed the dower of any of his wives at an amount exceeding four hundred Dirhams. Beware! I should not hear in future that any of you has fixed dower exceeding 400 dirhams. He then descended from the pulpit. There and then came a woman of Quraish and said: O Umar! Have not you heard the word of God (in Al‑Qur’an 4:20). Allah says. Even if you have given a big treasure to a woman, don’t take back anything out of that. Hazrat Umar at once returned, withdrew his order and announced: Any one of you can fix as much dower as he pleases: I can’t stop him. (Tafsir Ibn Kathir).

The Sunnah has laid down the following rules and regulations regarding Hag Mohr or dower the payment of which by the husband to the wife is obligatory.

Payment of the Mahr (dower) to his wife is obligatory on the husband. It is an essential part of marriage. The Qur’an says: “O Prophet! We have made lawful to thee thy wives to whom thou has paid their dowers”‑(33:50). At another place the Qur’an says:….And there is no blame on you to marry them when you give them their dowries”‑ (60:10). However, the marriage is not invalid if dower is not paid or contracted or fixed before marriage. It is apparent from verse No. 236 of chapter 2 of Al‑Qur’an which reads: “There is no blame on you if ye divorce women before consummation or the fixation of their dower; but bestow on them a suitable gift.” Even in such case something is to be paid.

The amount of dower which the bridegroom has to give to his bride has not been fixed by the Qur’an or Sunnah. It depends entirely on the agreement of the contracting parties The Qur’an says:” ….The wealthy according to his means and the poor according to his means; a gift of a reasonable amount, is due from those who wish to do the right things”‑ (2:236)

There is no minimum or lower limit of dower fixed by law, though some jurists opine that it should not be less than ten dirhams. It may be in the form of cash or in kind. The Prophet (PBUH) did not fix any minimum: According to the well reported Traditions of the Prophet of Islam, even a handful of barley or dates or even an iron ring may be sufficient provided the bride agrees to accept it. The Messenger of Allah himself married Hazrat Safiyyah and her emancipation was her dower. Omme Solaim agreed to marry Abu Talha on the condition that he should accept Islam. Abu Talha fulfilled the condition and his acceptance of Islam was declared to be mahr or dower of Omme Solaim. In another case, the teaching of one or two verses of the Holy Quran by the husband to the wife was declared to be an adequate Mahr for the bride.

No maximum or upper limit of mahr or dower has been fixed by Islam either. The Quran says: “But if ye decide to take one wife in place of another, even if ye had given the latter a whole treasure for dower, take not the least bit of it back”‑ (4:20). From this verse the jurists of Islam have deduced that the right of a woman to demand any amount of dower as a condition of her agreeing to marriage is not restricted by the Islamic Law. Hazrat Umar, the second pious caliph of Islam, once thought of fixing the upper limit of dower on the complaint of the men that the women were demanding fantastic amounts; but he was dissuaded by a woman who drew his attention to verse of the Holy Quran quoted above.

If a person divorces his wife before touching her and before appointing any amount of dower for her, he has been directed to make provision for her according to his means (Al‑Quran 2:236). But if he divorces her before touching her and after fixing the amount of dower for her, he is bound to give half of the amount of dower which has been fixed. However, if the woman agrees to forgo her rights of accepting this half dower or the man shows generosity in giving her full dower, such an accord is permitted. (Al‑Quran 2:237)

The men should give to their wives their dower willingly. But if the women of their own accord agree to remit the whole or part of their dower, the husbands are welcome not to pay it (Al‑Quran 4:4). Hazrat Umar and Qazi Shuraih have decreed that if a wife remits the dower but later on demands it, the husband shall be compelled to pay it because the very fact that she demands it’ is a clear proof that she did not remit it of her own free will.

According to verse no. 24 of Surah Al‑Nisa, dower has to be paid as a duty.