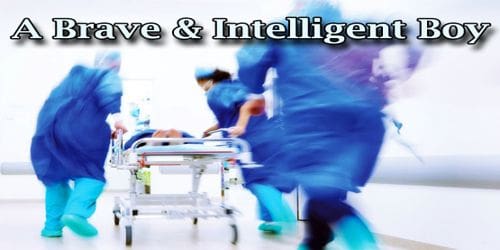 A Brave and Intelligent Boy

Once a schoolboy named Shamim was going home after completing his classes. When he crossing the road, he saw an old woman lying on the road. She was senseless. There was nobody to help her. Shamim went to her. He saw that she was breathing. He thought she was still alive. He hired a rickshaw and took her on the rickshaw with the help of the rickshaw puller. Shamim told him to go to the hospital. But there was no hospital nearby. There was a health-care clinic.

However, the wounded old woman was taken there. There were good doctors and well-trained nurses. They all nursed her very sincerely. After a while, she got back her sense. She opened her eyes and saw Shamim and could know him. Shamim also knew her well. She was no other than Mamun’s mother. Mamun is Shamim’s best friend. He cried out loudly by saying ‘Auntie’. In fact, Shamim left no stone unturned to save her life from death. How brave and intelligent he is!