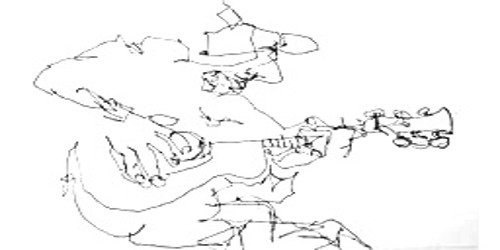 I got a story about a Cleaver Blind Man that I wanna share with you. A blind man was playing his harmonica under the overhead bridge. He was sitting on a busy street corner in the rush-hour playing his harmonica for money. People showed their sympathy and donated whatever they could. In this way, the man collected a lot of money and kept it in his wallet. That day his music was sad because three boys were annoying him. Suddenly, the three rowdy boys became quiet and ran off. The blind man heard footsteps chasing them. He wondered why.

“I do not have any money. I’ve spent it all already. The blind man over there has a lot of money,” the younger boy said.

“Don’t play with me. Give me the money now or you will regret it.” 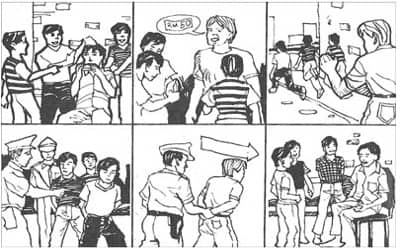 Sounds of fighting followed. The blind man was shocked after listening to their conversation. He told himself he had to report that to the police. By coincidence, his policeman friend, Rahman passed by. The blind man quickly told him about the situation. Rahman asked for reinforcement through his walkie-talkie. He blew his whistle repeatedly. When the younger boys saw him, they tried to run away. Another two policemen who came to help Rahman managed to catch the boys.

The extortionist was charged in court. The younger boys however were let off with a stern warning not to associate with a bad company again. They apologized to the blind old man and promised to turn over a new leaf. Nowadays, you would often find them bringing snacks for the blind man to eat. All would be chatting away like long lost friends.