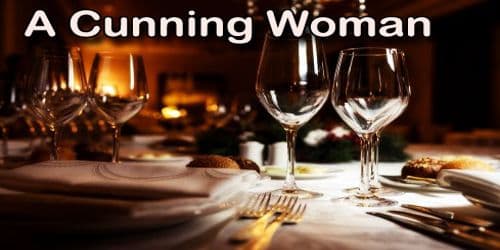 It was twenty years ago when I was living in an apartment overlooking a cemetery. I was just living from hand to mouth. At that time a lady wrote a letter to me praising one of my writings just published in the newspaper. It made so excited that I sent her a letter of thanks. Immediately after that, she wrote her second letter saying that she was passing through Dhaka and would like to have a chat with me, but her time was limited and the only free moment she had was on the following Thursday; and would I give her a little lunch at the Abacus Restaurant on that day? Abacus is an expensive restaurant and I had never thought of going there. But I was flattered and I was too young to have learned to say ‘No’ to a woman. I had eight hundred taka to spend for the rest of the month and a modest lunch should not cost me more than three hundred. If I could cut out morning and evening lea for the next two weeks, I could manage well enough. I answered that I would meet my friend, by correspondence, at the Abacus Restaurant on Thursday at half-past twelve.

She was not as young as I expected and in appearance imposing rather than attractive. She was in fact a woman of thirty-five. She was also very talkative. I was startled when the bill of fare was brought, for the prices were a great deal higher than I had anticipated. But she assured mc saying that she never ate more than one thing for luncheon. She expressed her desire to eat chicken biriani. I ordered one plate of special chicken biriani for her. The Waiter brought the biriani and asked her if she would like to have one jali kabab with it. She said that she would not mind having that. So the waiter brought one jali kabab for her. As for myself, I chose the cheapest dish on the menu and that was a mixed vegetable soup. She scolded me for having heavy things like vegetable soups because they were fried in oil. I turned pale when she told me that she could not eat the biriani without mutton rezala. I had to Order for that too for my guest. When the question of the drink came, she wanted to drink a bottle of sprite. My heart sank when she wanted to have ice-cream after she had finished drinking the Sprite. Panic seized me. It was not the question now how much money I should have leftover for the rest of the month, but whether I had enough to pay the bill.

At last, the bill came and when I paid it I found that I had only enough for a quite inadequate tip. But when I walked out of the restaurant I had the whole month before me and not a single taka note in my pocket.