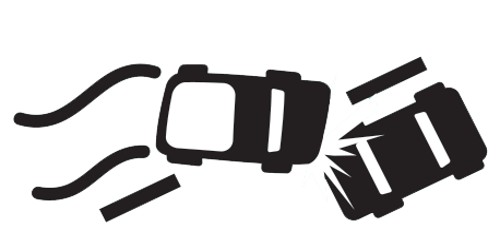 A Hit and Run Accident

A Hit and Run Accident –

It was a holiday! I walked home alone after buying some food from the nearby market. It was quite a deserted road and very few cars were around. In one particular housing estate, the children enjoyed riding their bicycles around the area. The housing estate in which they lived was relatively quiet and it was quite safe to ride their bicycles on the road, but as young boys go, they can tend to get a bit reckless sometimes, too reckless for their own good.

The residents of the area were usually careful when they drove their cars. Even so, there were several near misses as the drivers had to avoid the reckless young children on their bicycles. The children had no knowledge of traffic rules and they did pretty much as they pleased. In effect, the young cyclists were just accidents waiting to happen. It was just a matter of time before something tragic happened.

One evening as a group of five children was tearing down a road on their bicycles, a van suddenly shot out of a side road right in their path. The driver was obviously a stranger to the area and did not see the danger until it was too late. Obviously, it was a hit and run. He braked hard and swerved his van in an attempt to avoid hitting the young cyclists. Tried as he did, he could not avoid hitting the leading cyclist. The front end of the van collided with the young cyclist with a sickening crunch. The boy was flung onto the road.

It was just as well that he fled for soon the residents ran out of their houses and onto the scene of the accident. the boy was still alive. Within a minute, the ambulance arrived. The paramedics ran down from the ambulance and quickly sent the unconscious victim to the hospital. One of the men lifted him up, put him into a neighbor’s car and took him to the hospital.

For more than an hour after the accident, the angry residents milled around the area uttering curses. However, nobody had noted down the number of the van. All they knew was that it was driven by a young man, nothing more. To this day the identity of the hit-and-run van is unknown. The accident victim is alive but walks with a limp.