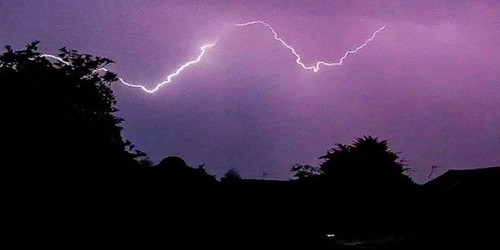 Serina had just finished her tuition. It was at 9 o’clock. She hurried home as she felt it was going to rain.

Halfway, it started pouring. Serina was both wet and cold. Just then, lightning flashed across the sky followed by a deafening clap of thunder. Serina placed her hands to her ears as she was very scared. She decided to make a run for it. The strong wind, however, slowed her down.

Suddenly, lightning struck a tree just ahead of her. A branch snapped and fell across her path. Serina could not stand it anymore and started to cry. She wished her parents would come to fetch her as usual but they were at a dinner in another town. 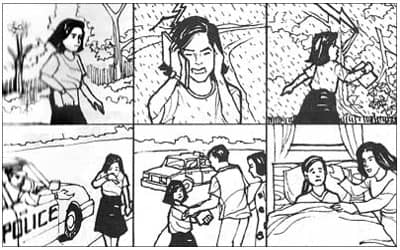 The rain blew stronger and Serina began to sneeze. Then she heard a car coming her way. It was a police car. The policemen asked Serina what had happened. Serina explained the situation to them and they decided to send her home.

When Serina got home, her parents were at the gate. They were surprised to see Serina coming back in a police car. After listening to Serina’s explanation, her parents thanked the policemen for going out of their way to help. Their dinner had finished early and they were just going to fetch Serina when they saw the police car.

Serina was sent to bed. She knew that she would never forget that eventful night.