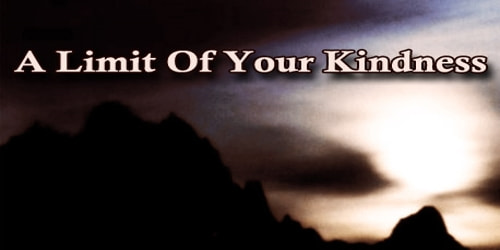 A Limit Of Your Kindness

Recently Steve had a car accident. So he put his car in the garage to carry out the repair work. Since he had to go to the job daily, he decided that until the car is ready, he will travel by the metro train. One day, he noticed a homeless guy at the train station at night. He felt pity for him, so he gave him some change from his pocket.

The homeless guy looked up at him and with a smile, he said, “By Showing Love.” Steve didn’t understand it, so he asked him, “What do you mean by that?” The homeless guy replied that “Throughout my whole life, I made sure that everyone was happy. No matter what was going right or wrong in my life, I always helped everyone.”

Steve asked him, “Do you regret it?” To which the homeless man replied, “No, It just hurts my soul that the very people I gave the shirt off my back to wouldn’t give me a sleeve of that same shirt when I was in need. Son, It is better to build your own house and invite someone in for shelter than to hand them your bricks while you are building yours. Because one day you will turn around and look at the spot where you had planned to build your house. It will be an empty lot. Then you are the one looking for bricks.”

Steve understood what the homeless guy meant and thanked him for the good advice.

Moral of the story: ‘Helping others is not a bad thing at all. But Sometimes, while we are helping others, we forget our own problems and needs. One must remember that sometimes sharing is better than giving away. You can do a lot more by being in a strong position instead of bringing yourself into a weaker situation.’