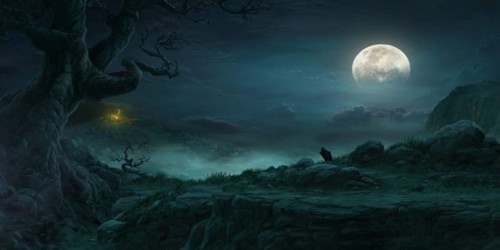 Here I’m telling a story of a Long Night in life. Little Susie had been complaining about a stomachache for the whole day. The family doctor did not think that it was serious and sent her home. However in the evening, her condition got worse and Carrie, her mother, was very worried.

At nine in the night, Carrie decided that they should go to the hospital and see a doctor there. So here husband took her and Susie to the hospital. At the hospital, the doctor examined Susie and diagnosed her as having acute appendicitis. He arranged for immediate surgery. Things moved quickly and the hospital staff got Susie ready for the operation.

They wheeled Susie into the operation theater while Carrie waited outside. Her husband returned home to be with their other two children who were waiting for news of their little kid sister.

An hour later, Susie was wheeled out of the operation room. The doctor assured Carrie that the operation was successful. There was no complication. Carrie was so relieved. Thank goodness she decided to come to the hospital.

Carrie’s husband came back to the hospital to see if things were okay. He was also very relieved. As there was nothing else that he could do, he returned home to look after the children. Carrie remained in the hospital with Susie. The hospital provided a reclining chair for Carrie to sleep on but sleep was impossible. She was just too concerned for Susie.

The next morning dawned bright and cheery. It had been a long stressful night, but everything turned out well.