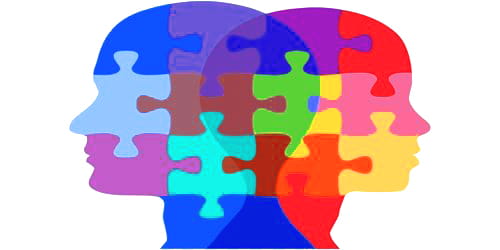 Every town seems to have at least one madman running around loose. It is no different in my town. There is one madman that I encounter almost every day.

He is young and slim, but like all mad people that I have encountered, he is filthy. He probably has not taken a bath for years. His waist-length hair is matted and coiled. He wears what’s left of a T-shirt, frayed and with many holes. One can only guess what the T-shirt’s original color was. Now it is simply dirty brown. It is the same with his shorts.

He is a dark-skinned fellow but the filth on his body makes him look much darker. Combined with his clothes, he is just a walking piece of grime and filth. People give him a wide berth wherever he goes.

While his appearance is bad, the body odor is worse. The stink becomes noticeable from about two meters. Anything closer than that will nicely fit the phrase “stinks to high heaven”. For one thing, he will never ever find people crowding around him. He will have ample personal space wherever he goes. Nonetheless, he does not get to go into buses, shops or public places where people gather. He gets shooed away, for obvious reasons.

Despite his unpleasant appearance and smell, he is a pretty harmless fellow. He goes ‘happily’ walking around town every day. Blazing sun or driving rain does not seem to bother him. He could be dry as a bone on one day and wet as a drowned rat on another. A normal person would have suffered a heat stroke or caught pneumonia, but this madman seems immune to normal afflictions. Rain or shine, he can be seen walking on the streets, muttering to himself or talking with some invisible person.

I suppose it would be a matter of time before the authorities round him up to put him away somewhere. Meantime he just goes around town reminding clean, normal and harried people what it means to be filthy, mad and be without a care in the world.