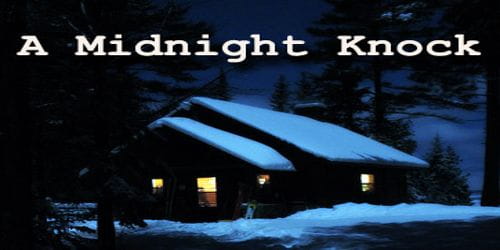 It was late at night. Imran was reading a storybook. All went to sound sleep. Suddenly, he heard a knock on the door. He first thought that it was his imagination. Again, he heard the door knocking. He did not get the courage to open the door as he was only awake. Still, he thought it could be something serious. So he got out of his bed. But the door was too far from his room. The house was so dark that he got more frightened. He could see only a little with the help of his table lamp by which he was reading the book. But the outside of his room or the whole house was so dark. He tried to find the switchboard. He walked inch by inch in fear. And he was lucky enough to get the switchboard of the light at the first move.

By that time, the door was knocked twice. He thought that everyone would get disturbed. So he quickly went to the stairs through which he could easily go towards the door. There is a saying, ‘slow and steady wins the race,’ He did not follow that and slipped into the stairs quickly and then he fell to the stairs. He could not see anything. Everything was so dark. The next day everyone found him lying unconscious on the stairs. After that incident, he wondered for a long time; who knocked on the door that night.