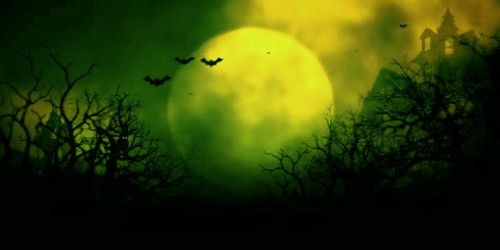 A Scary Weekend in Jungle

A Scary Weekend in Jungle

It was the very pleasant and fine morning, weather was also fine and the cold winds were blowing. One weekend, my parents decided to bring my brother and me to the recreational jungle. We were very excited as we had not been there before. My brother and I talked about all the bears, tigers and reindeer we were going to see. We really thought that a recreational jungle was like any other jungle.

When we arrived, we dashed into the jungle, wanting to explore its length and breadth. We obediently followed our parents at first but found it boring. Just then, a rabbit rushed out. I screamed in delight and ran after it. My brother followed quickly behind. We kept running, always keeping our eyes on the rabbit. The rabbit got tired of running and decided to hide in its burrow. 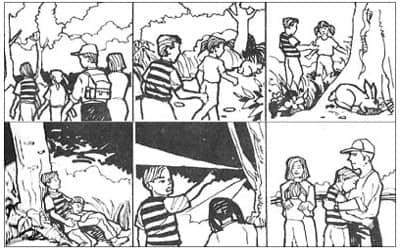 It was only then that we realized that we did not know where we were. The trees looked unfamiliar and there were no more jungle paths for us to follow. We were scared as we realized that we were lost. I looked up at the black sky. The sun had set, and the empty road ahead had no streetlights. The night was approaching and the hooting of the owl sent shivers down our spines. I began to cry as I was feeling tired, hungry and sleepy. I knew I was in for a dark journey home. I had decided that by traveling through the forest would be the quickest way home. My brother comforted me by letting me sleep on his lap. I soon fell asleep dreaming of bears waiting to eat me up. Minutes passed, yet it seemed like hours and days.

Suddenly, I woke up. My brother was shaking me and telling them to get up. We could hear voices coming our way! We shouted with all our might that we were lost. We soon saw beams of light from countless torches. Then we heard our parents’ voices. We were safe! My brother and I ran to our parents and embraced them emotionally. We were so happy to see them again that we vowed we never wanted to be separated from them ever again.