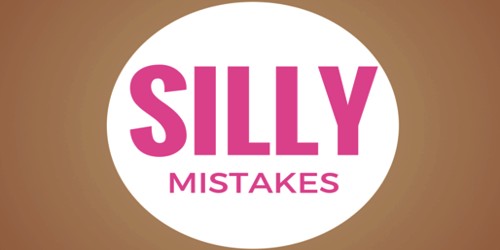 Everybody makes mistakes, even extremely clever people! The brightest people and strongest leaders sometimes make errors others don’t. In fact, there are some geniuses out there who have no common sense at all. Here I’m telling a story regarding this.

(A person Name) had a million things to do every day. Looking after the daily needs of a husband, a toddler and two school-going children was a full-time job. She had to cook the meals, clean the house, wash the clothes, fetch the children to and from school, do the shopping and do many other things that a wife and mother had to do.

She did not know that she had made the mistake until dinner began. The surprised look on the faces of her husband and her children when they tasted the curry told her of her mistake. Tears welled in her eyes. What a silly thing to do, but it was done.

Her husband Raymond was very understanding. He knew how much Juliana had to do every day and her mistake was unintentional. He got up, hugged his wife, and said, “No need to get upset. This just a mistake. Let us go for dinner tonight.” The children sounded their approval.

So together they cleared the dining table, changed their clothes and drove out to town to have a nice dinner at the dried chicken restaurant. From here, we can learn a lesson, you might be a genius, but even those students who believe they know everything might suffer from a single silly mistake which may result in a lower grade.