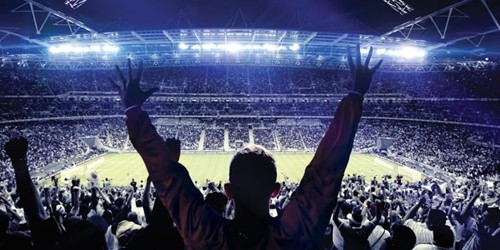 A Sporting Event in a Stadium

A Sporting Event in a Stadium

My family and I are football addicts who crave football day and night. The obsession for football began since my grandfather played football for Selangor during his youth. During the school holidays, my father bought two tickets to watch the Selangor versus Perak match. There was a sea of people waiting to collect their tickets an hour before the match. My father and I were uncomfortably sandwiched between them but managed to enter on time.

The stadium was packed like sardines when we entered. People could be seen jostling through the excited crowd to get to their seats. There were even a few people who were armed with umbrellas, ready to deploy them upon sight of rain. As my dad and I were looking for our seats, I could see a few voluntary policemen stationed around the stadium to control the frenzied crowd.

Soon, the match kicked off and I watched the game with interest. My father had bought a bandana and scarf bearing Selangor’s name prior to the game. I wore them proudly and cheered for my team happily. The spectators screamed and yelled each time their teams gained and lost possession of the ball. Caught in the moment, I too yelled as loud as I could with the expense of a sore throat the next day. Fortunately, my enthusiastic cheering was not a complete disappointment as Selangor scored its 1st and 2nd goal in the first 20 minutes of the match.

However, skill and luck seemed to shift to the Perak side as the team scored another two goals. This left the score at 2 all at half-time. During the half-time break, my father bought a few drinks to moisten our parched throats due to excessive cheering. The match resumed just after we finished our burgers. We were delighted to see our team doing their best.

The game ended in my team’s favor as Selangor clobbered Perak 5-2. The stadium then emptied almost as fast as it was filled. I had a whale of a time watching the match with my father. The experience was amazing and I am sure my brothers are green with envy as they had to study for their examinations instead.