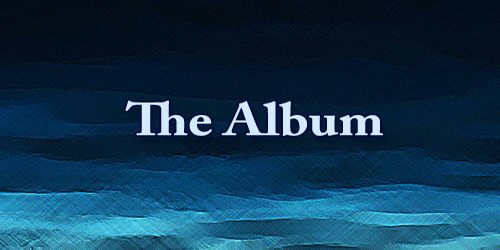 Kraterov, the titular councillor, as thin and slender as the Admiralty spire, stepped forward and, addressing Zhmyhov, said:

“Your Excellency! Moved and touched to the bottom of our hearts by the way you have ruled us during long years, and by your fatherly care…”

“During the course of more than ten years…” Zakusin prompted.

“During the course of more than ten years, we, your subordinates, on this so memorable for us . . . er . . . day, beg your Excellency to accept in token of our respect and profound gratitude this album with our portraits in it, and express our hope that for the duration of your distinguished life, that for long, long years to come, to your dying day you may not abandon us…”

“With your fatherly guidance in the path of justice and progress…” added Zakusin, wiping from his brow the perspiration that had suddenly appeared on it; he was evidently longing to speak, and in all probability had a speech ready. “And,” he wound up, “may your standard fly for long, long years in the career of genius, industry, and social self-consciousness.”

A tear trickled down the wrinkled left cheek of Zhmyhov.

“Gentlemen!” he said in a shaking voice, “I did not expect, I had no idea that you were going to celebrate my modest jubilee… I am touched indeed… very much so… I shall not forget this moment to my dying day, and believe me… believe me, friends, that no one is so desirous of your welfare as I am… and if there has been anything… it was for your benefit.”

Zhmyhov, the actual civil councilor, kissed the titular councilor Kraterov, who had not expected such an honor, and turned pale with delight. Then the chief made a gesture that signified that he could not speak for emotion, and shed tears as though an expensive album had not been presented to him, but on the contrary, taken from him… Then when he had a little recovered and said a few more words full of feeling and given everyone his hand to shake, he went downstairs amid loud and joyful cheers, got into his carriage and drove off, followed by their blessings. As he sat in his carriage he was aware of a flood of joyous feelings such as he had never known before, and once more he shed tears.

At home new delights awaited him. There his family, his friends, and acquaintances had prepared him such an ovation that it seemed to him that he really had been of very great service to his country, and that if he had never existed his country would perhaps have been in a very bad way. The jubilee dinner was made up of toasts, speeches, and tears. In short, Zhmyhov had never expected that his merits would be so warmly appreciated.

“Gentlemen!” he said before the dessert, “two hours ago I was recompensed for all the sufferings a man has to undergo who is the servant, so to say, not of routine, not of the letter, but of duty! Through the whole duration of my service I have constantly adhered to the principle; the public does not exist for us, but we for the public, and to-day I received the highest reward! My subordinates presented me with an album… see! I was touched.”

Festive faces bent over the album and began examining it.

“It’s a pretty album,” said Zhmyhov’s daughter Olya, “it must have cost fifty roubles, I do believe. Oh, it’s charming! You must give me the album, papa, do you hear? I’ll take care of it, it’s so pretty.”

After dinner Olya carried off the album to her room and shut it up in her table drawer. Next day she took the clerks out of it, flung them on the floor, and put her school friends in their place. The government uniforms made way for white pelerines. Kolya, his Excellency’s little son, picked up the clerks and painted their clothes red. Those who had no moustaches he presented with green moustaches and added brown beards to the beardless. When there was nothing left to paint he cut the little men out of the cardboard, pricked their eyes with a pin, and began playing soldiers with them. After cutting out the titular councilor Kraterov, he fixed him on a match-box and carried him in that state to his father’s study.

Zhmyhov burst out laughing, lurched forward, and, looking tenderly at the child, gave him a warm kiss on the cheek.

“There, you rogue, go and show mamma; let mamma look too.”