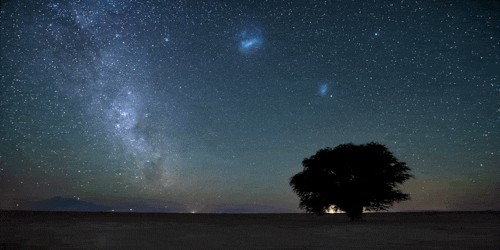 All Over the Sky

All Over the Sky (A Tale of the Tsimshian)

The Tsimshian believe that in the beginning, one chief ruled the sky. The chief had two sons and one daughter, and though they lived in peace, there was no light in the sky, and the people and creatures of Earth lived beneath a canopy of darkness.

The chief’s children were strong and brave and resourceful, and the chief was grateful for this. The eldest child, a son, loved to flex his muscles. The chief’s daughter was also proud of her strength and beauty. The second son was as handsome as his brother and sister, but most of all he loved to use his mind. He often sat quietly, pondering all there was to know in the world.

As the second son thought about the dark world below, he became sad, for he imagined how lovely it might look in light and how pleased the people of the Earth would be to see light. He decided he must somehow bring light to the world.

One day he and his brother set off to gather wood in the sky forest. “Look,” said the youngest brother as he bent a slender cedar twig into a ring, the size of a face. As his brother watched, he tied wood all around the twig so that his creation looked like a mask. He placed this mask over his face.

“What are you doing?” his brother asked, but without saying a word, the younger brother, wearing his disguise, began to walk east.

At that moment the people of Earth looked up and saw light rising in the east. They were amazed by the sight, but they did not know that this was the chief’s younger son. He had lighted his mask, and as he moved, the flames burned brighter and brighter. He began to run toward the west, flames shooting from his mask, lighting up the world below.

When the boy saw the people of Earth celebrating his light, he repeated his journey. Each day he ran from east to west, wearing his burning mask, shedding light on the people.

Before long, the tribe assembled a council to talk about the light. They called to the chief of the sky. “We are glad your child has brought us light,” they told the chief, “but please ask him to slow his pace. He takes the light away too quickly now.”

The chief called his young son to him and told him of the people’s request.

The chief reported back to the people, who were dismayed by this news. “Please, chief, do something. You rule the sky. Surely you can slow down your son.”

The chief’s daughter was listening. She admired her younger brother and the gift he had brought to the world. She too hoped to bring a gift to the people. “Father,” she said, “I will slow him down.”

The next day, as the boy ran to the east to begin his journey, his sister called to him, “Brother, wait for me,” and when he was halfway across the sky, she caught up to him.

“Brother,” she called as she raced to his side. She reached for him and held his arm, stopping him. That is why, even today, the sun stops for a while in the middle of the sky. It is there brother and sister meet each day.

The chief’s eldest son saw his father’s joy, and the people’s gratitude, and began to wonder what he might give to the world.

One night, as his younger brother, who was called Walks-All-Over-the-Sky, lay down to rest from his long day’s journey, the eldest son lay awake. When he knew everyone was fast asleep, he rubbed his face with charcoal and set off for the east.

While the younger brother slept, his masked face shed light from a smoke hole. The older boy rose into the eastern sky, his charcoal-covered face reflecting the light that came from the smoke hole.

Down on Earth a young child looked up and cried, “Look, the sun has risen again!”

The people looked up and saw a soft light rising into the sky. They shouted for joy, for though the eldest brother was not as bright as the sun, he eased the darkness of night. The people called him Walking-About-Early.

Time passed, and the children changed the world in other ways. While Walks-All-Over-the-Sky slept, sparks flew from his mouth, and these became stars.

After the sky was filled with the sun, moon, and stars, the chief’s daughter began to wonder what gift she might create. She wandered westward into the water, where her skirt became soaked as she waded lost in thought. That evening she stood by a fire to warm herself and wrung the hem of her wet skirt by the fire. As she did, water dripped onto the flames and a great cloud of steam rose up and floated out across the world. She smiled with happiness, for now, she knew she had created fog, which traveled west to east and refreshed the Earth with its cool touch.

“Father, look!” she cried, and her father blessed her.

The chief was at peace. Each of his children had offered a gift to the world. Walks-All-Over-the-Sky walked each day, and with his warmth and light, he nourished the world. Walking-About-Early rose and set every 30 days, and thus he divided the year. The cool fog the chief’s daughter created helped to refresh the Earth when it grew weary.

And the people praised the chief and his children.

*This is a tale recorded by anthropologist Franz Boas in 1916. The Tsimshian is a Pacific Northwest tribe related to the Haida and Kwakiutl. Artistic carvers and weavers, originally based on the Skeena River in British Columbia, they moved to Alaska in 1884. Today about 1,000 Tsimshian occupy the Annette Island Reserve in southwestern Alaska.