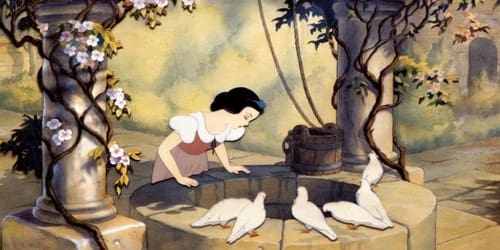 Anniversary of the Eggs

Anniversary of the Eggs (An Original Tale)

Bonita Bunny was born a long time ago in a forest not far from your home. You may have heard about the way Bonita loved to play hide-and-seek, and you may have heard that the other bunnies and rabbits and squirrels and chipmunks and moles and beavers and birds and even the foxes thought that was fine. They liked to play, too, when the sun was shining and on lazy afternoons. But Bonita didn’t care for eating carrots or hunting or burrowing or any other forest creature sports. She lived to play hide-and-seek, day in and day out. After a while, the other animals grew tired of the game, and when they saw Bonita coming, they scurried away.

Before long Bonita’s long ears drooped, and a tiny tear lodged in the corner of her eyes. “Please play with me,” she called. “Somebody come out and play with me.”

The way Bonita tells the story, she was as lonely and blue as she had ever been on that sunny Saturday in spring a long, long time ago. She was just about to give up on her game when suddenly she hopped into a clearing in the forest, and right there in front of her eyes, she saw that giant egg. This was no ordinary egg. This egg was enormous, and it was silver, and a shimmering band of colored lights surrounded it. Bonita stopped in her tracks, and that’s when she heard the weeping. She hopped a little closer and came face to face with a creature shaped exactly like the giant egg, but this one had legs and arms and two Beatle-like antennae sticking straight out of the center of what must have been its head. It was crying.

“I can’t find the keys to my spaceship,” the little egg answered.

“My keys are lost and if I don’t fly through the rainbow warp by sunset, I’ll be stuck down here on Earth for a whole year! I’ll be fried!”

“I’m not sure I understand,” Bonita said, more politely still.

“I’m from the Planet of the Eggs,” the creature said. “Up in the Yolk Galaxy a hundred zillion miles from here. I have to go home, but my keys are hiding!”

“No problem,” Bonita’s whiskers quivered with excitement. “I’ll just hop around and look until I find those keys!”

The little egg stopped weeping as Bonita set off on her search. She hopped this way and that. She looked under bushes and blades of grass and in the bushes, behind every rock, beneath every stone. “I’ll find them,” she called over her shoulder.

Bonita searched and searched. “Nothing like a game of hide-and-seek,” she sang, but after a while, the sun began to sink, and Bonita worried that she might never find the keys. She hopped empty-pawed back to the egg.

“You can’t find them!” the egg cried. “Oh poor me! I’m poached!” It jumped up and down in agitation.

That’s when Bonita heard the jingling sound. “Hold on just a minute,” she said, and she peered closely at the egg. “What’s this?” she asked, touching the bag that hung around the egg’s round waist.

“That’s my pouch,” the egg replied. Bonita grinned and reached inside that pouch. “Voila!” she said, pulling out a jingling set of silver keys. “Are these what you were looking for?”

Well, you should have seen that little egg, Bonita says. “Oh oh oh,” the creature cried, and it danced a jig. Bonita was afraid it just might crack with all that joy.

“You don’t have to thank me,” Bonita said. “There’s nothing I like better than a game of hide-and-seek. You made my day!”

“Wait,” the egg cried, and it scrambled towards the eggship and reached inside, pulling out an enormous box. “Nobody on Earth has ever seen these!” The egg opened the box, and Bonita peered inside.

“Oh my,” she said, for there, inside that box, lay thousands of egg-shaped candies.

“Taste one,” the little egg said.

Before that sunny day in spring so long ago, none of the animals had ever seen a chocolate egg. “I’ll hide these,” Bonita said. “Then everyone will want to play hide-and-seek with me!”

“And every year on this day I’ll return to this very spot to give you another box of chocolate eggs.”

Then the egg climbed aboard the eggship and sped off into the sky.

Ever since that day, the little egg returns in the spring, and Bonita hides the candy eggs. Then she wakes up all the creatures, crying, “Let’s go find those chocolate eggs!” And naturally, all the creatures from all over the forest join her in a wonderful game of hide-and-seek.