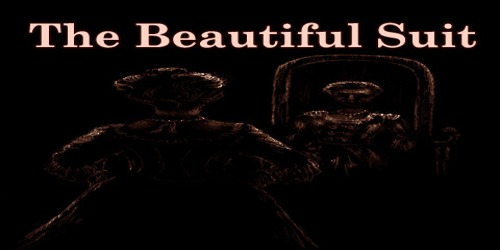 There was once a little man whose mother made him a beautiful suit of clothes. It was green and gold, and woven so that I cannot describe how delicate and fine it was, and there was a tie of orange fluffiness that tied up under his chin. And the buttons in their newness shone like stars. He was proud and pleased by his suit beyond measure and stood before the long looking-glass when first he put it on, so astonished and delighted with it that he could hardly turn himself away. He wanted to wear it everywhere and show it to all sorts of people. He thought over all the places he had ever visited, and all the scenes he had ever heard described and tried to imagine what the feel of it would be if he were to go now to those scenes and places wearing his shining suit, and he wanted to go out forthwith into the long grass and the hot sunshine of the meadow wearing it. Just to wear it! But his mother told him “No.” She told him he must take great care of his suit, for never would he have another nearly so fine; he must save it and save it, and only wear it on rare and great occasions. It was his wedding-suit, she said. And she took the buttons and twisted them up with tissue paper for fear their bright newness should be tarnished, and she tacked little guards over the cuffs and elbows, and wherever the suit was most likely to come to harm. He hated and resisted these things, but what could he do?

And at last her warnings and persuasions had effect, and he consented to take off his beautiful suit and fold it into its proper creases and put it away. It was almost as though he gave it up again. But he was always thinking of wearing it, and of the supreme occasions when someday it might be worn without the guards, without the tissue paper on the buttons, utterly and delightfully, never caring, beautiful beyond measure.

One night, when he was dreaming of it after his habit, he dreamt he took the tissue paper from one of the buttons and found its brightness a little faded, and that distressed him mightily in his dream. He polished the poor faded button and polished it, and, if anything, it grew duller. He woke up and lay awake, thinking of the brightness a little dulled, and wondering how he would feel if perhaps when the great occasion (whatever it might be) should arrive, one button should chance to be ever so little short of its first glittering freshness, and for days and days that thought remained with him distressingly.

And when next his mother let him wear his suit, he was tempted and nearly gave way to the temptation just to fumble off one little bit of tissue paper and see if indeed the buttons were keeping as bright as ever.

He went trimly along on his way to church, full of this wild desire. For you must know his mother did, with repeated and careful warnings, let him wear his suit at times, on Sundays, for example, to and fro from church, when there was no threatening of rain, no dust blowing, nor anything to injure it, with its buttons covered and its protections tacked upon it, and a sun-shade in his hand to shadow it if there seemed too strong a sunlight for its colors. And always, after such occasions, he brushed it over and folded it exquisitely as she had taught him, and put it away again.

Now all these restrictions his mother set to the wearing of his suit he obeyed, always he obeyed them until one strange night he woke up and saw the moonlight shining outside his window. It seemed to him the moonlight was not common moonlight, nor the night a common night, and for a while, he lay quite drowsily, with this odd persuasion in his mind. Thought joined on to thought like things that whisper warmly in the shadows. Then he sat up in his little bed suddenly very alert, with his heart beating very fast, and a quiver in his body from top to toe. He had made up his mind. He knew that now he was going to wear his suit as it should be worn. He had no doubt in the matter. He was afraid, terribly afraid, but glad, glad.

He got out of his bed and stood for a moment by the window looking at the moonshine-flooded garden, and trembling at the thing he meant to do. The air was full of a minute clamour of crickets and murmurings, of the infinitesimal shoutings of little living things. He went very gently across the creaking boards, for fear that he might wake the sleeping house, to the big dark clothes-press wherein his beautiful suit lay folded, and he took it out garment by garment, and softly and very eagerly tore off its tissue-paper covering and it’s tacked protections until there it was, perfect and delightful as he had seen it when first his mother had given it to him a long time it seemed ago. Not a button had tarnished, not a thread had faded on this dear suit of his; he was glad enough for weeping as in a noiseless hurry he put it on.

And then back he went, soft and quick, to the window that looked out upon the garden, and stood there for a minute, shining in the moonlight, with his buttons twinkling like stars, before he got out on the sill, and, making as little of a rustling as he could, clambered down to the garden path below. He stood before his mother’s house, and it was white and nearly as plain as by day, with every window-blind but his own shut like an eye that sleeps. The trees cast still shadows like intricate black lace upon the wall.

The garden in the moonlight was very different from the garden by day; moonshine was tangled in the hedges and stretched in phantom cobwebs from spray to spray. Every flower was gleaming white or crimson black, and the air was a-quiver with the thridding of small crickets and nightingales singing unseen in the depths of the trees.

There was no darkness in the world, but only warm, mysterious shadows, and all the leaves and spikes were edged and lined with iridescent jewels of dew. The night was warmer than any night had ever been, the heavens by some miracle at once vaster and nearer, and, spite of the great ivory-tinted moon that ruled the world, the sky was full of stars.

The little man did not shout nor sing for all his infinite gladness. He stood for a time like one awestricken, and then, with a queer small cry and holding out his arms, he ran out as if he would embrace at once the whole round immensity of the world. He did not follow the neat set paths that cut the garden squarely, but thrust across the beds and through the wet, tall, scented herbs, through the night-stock and the nicotine and the clusters of phantom white mallow flowers and through the thickets of southernwood and lavender, and knee-deep across a wide space of mignonette. He came to the great hedge, and he thrust his way through it; and though the thorns of the brambles scored him deeply and tore threads from his wonderful suit, and though burrs and goose-grass and havers caught and clung to him, he did not care. He did not care, for he knew it was all part of the wearing for which he had longed. “I am glad I put on my suit,” he said; “I am glad I wore my suit.”

Beyond the hedge he came to the duck-pond, or at least to what was the duck-pond by day. But by night it was a great bowl of silver moonshine all noisy with singing frogs, of wonderful silver moonshine, twisted and clotted with strange patternings, and the little man ran down into its waters between the thin black rushes, knee-deep and waist-deep and to his shoulders, smiting the water to black and shining wavelets with either hand, swaying and shivering wavelets, amidst which the stars were netted in the tangled reflections of the brooding trees upon the bank. He waded until he swam, and so he crossed the pond and came out upon the other side, trailing, as it seemed to him, not duckweed, but very silver in long, clinging, dripping masses. And up he went through the transfigured tangles of the willow-herb and the uncut seeding grasses of the farther bank. He came glad and breathless into the high-road. “I am glad,” he said, “beyond measure, that I had clothes that fitted this occasion.”

The high-road ran straight as an arrow flies, straight into the deep-blue pit of sky beneath the moon, a white and shining road between the singing nightingales, and along it he went, running now and leaping, and now walking and rejoicing, in the clothes his mother had made for him with tireless, loving hands. The road was deep in dust, but that for him was only soft whiteness; and as he went a great dim moth came fluttering round his wet and shimmering and hastening figure.

At first, he did not heed the moth, and then he waved his hands at it and made a sort of dance with it as it circled round his head. “Soft moth!” he cried, “dear moth! And wonderful night, wonderful night of the world! Do you think my clothes are beautiful, dear moth? As beautiful as your scales and all this silver vesture of the earth and sky?”

And next morning they found him dead, with his neck broken, in the bottom of the stone pit, with his beautiful clothes a little bloody, and foul and stained with the duckweed from the pond. But his face was a face of such happiness that, had you seen it, you would have understood indeed how that he had died happy, never knowing that cool and streaming silver for the duckweed in the pond.