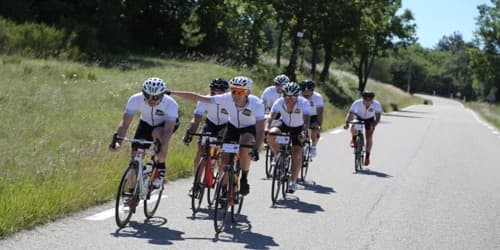 Cycling is the best way to get in shape, enjoy the outdoors, and have fun while you’re doing it. Bicycle riding has always been one of our favorite sports and hobby which we always used to do in my spare time. Here I’m telling a story. During the school holidays Aminah, Kirin, and Helma decided to go on a trip around the countryside. After making sure that they had brought everything they needed, they set off on their bicycles. Traveling by bicycle is certainly a great way to gather short stories during your journey.

They were in high spirits. Flowers were starting to bloom again and the fresh smell of grass was very refreshing. Kirin suggested exploring the fort that was situated on top of the hill. They had never been there before although they had heard many stories about the fort. The fort had a rich history It was formerly used for defending the whole town from invaders. 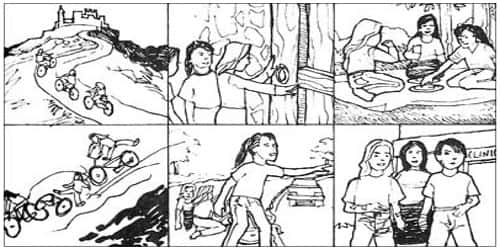 Therefore, the three friends found a shady spot to have their picnic. They gobbled down the food as they were very hungry. The sky was turning dark so they decided to make a quick dash home. After clearing up, they set off.

As they were cycling downhill, suddenly Helma lost control of her bicycle. She crashed into Aminah who was also traveling at high speed. Both of them were flung off their bicycles. Fortunately, they only suffered superficial wounds. They hobbled along the road until a motorist offered them a lift to a clinic. They were disappointed that their adventure had to end like that.