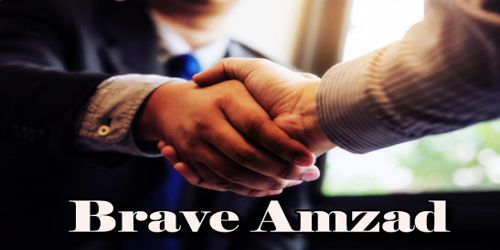 One day Amzad was going to college. Just near the college gate while he was crossing the road, he saw an old man knocked down by an auto-rickshaw. At that moment he first brought the old man in a safer place like a footpath. Then he shouted for help and called the persons around him. He borrowed a mobile phone from a person and called the nearest hospital to send an ambulance. He saw that the old man got some wound in the head and in some places of his body. He tried to communicate with the old man as long as he was conscious. When the ambulance arrived, he with the help of others took the man into the ambulance gently. While Asad was going to the hospital with the man, he was quite scared because the ambulance was driven very fast.

After twenty minutes, he reached a local hospital. Then he admitted the old man in ICU. The doctor examined the man carefully and told Amzad that the condition was very serious. So he told Amzad to take the man to Dhaka Medical College Hospital. Immediately, Amzad took the man to Dhaka Medical College Hospital and he admitted the man there. After about two hours, the doctor came out and told Amzad that the old man then out of danger and he was fine. By this time, Amzad informed the family of the old man about his accident. So, now they came and thanked Amzad.