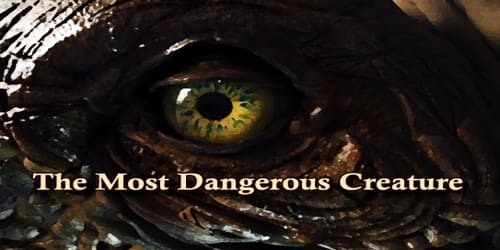 The Most Dangerous Creature

Once Raghuraj Singh, the king of Ramgarh, was sitting in his court. The court was packed full of scholars, advisors, ministers, and visitors. A discourse was going on in court. The king was enjoying the jests of the scholars when his attention was diverted due to the stinging of an ant on his foot. He searched for the ant and picked it up. Then he said, “See! Even a creature so small can sometimes give immense pain. This ant was stinging on my foot.” Then he asked the courtiers if they knew the most dangerous creature.

The question of the king made all courtiers silent for a moment, but after a while, they started answering the question. Most of the people said that snakes were very dangerous. Some people said that snakes were poisonous as well as non-poisonous, so they could not be considered as the most dangerous creatures. Some were of the opinion that dogs were the most dangerous creatures because the condition of a person becomes critical if he or she is bitten by a mad dog. But this opinion was also opposed by others who opined that dogs are the most faithful animals and their friends too.

The discussion continued and people included flies, mosquitoes, scorpions, crocodiles, and others. The process of agreeing and disagreeing continued for a long time. The king heard all the views minutely.

Meanwhile, his eyes fell on Pandit Ramnarayan who was a known scholar of his time. There was no one equivalent to him in knowledge, logic, intelligence and wisdom and modest. He expressed his views only when asked.

The king asked Ramnarayan politely, “panditji, would you like to express your views on the topic.” Panditji replied, “I think humans are the most dangerous creatures of all. The people who are of vicious nature and those who are perfect in flattering others are more dangerous than any animal.”

The king asked the panditji to clarify his point.

Panditji said, “A vicious person is dangerous in the sense that he always gets irritated on your good as well as bad acts. Moreover, if you do well for him he would return it in a bad manner. He happens to be a backbiter and will always try to defame you.”

“On the other hand, a person who is a flatterer would always praise you despite your weaknesses. He will address you as the most intelligent, brave and great person. Sometimes, he would not even hesitate to put you as equivalent to God. This way, he will keep you in dark and you will always continue to commit sins.”

“A flatterer would also make you vainglorious and would keep you far away from reality. Consequently, a time will come when you will not be able to face reality. It will give you a great shock.”

“A snake or a dog is dangerous only when it bites a man. And a person bitten by a snake or a mad dog can be saved with timely and proper treatment. But a person who is the victim of wickedness or flattery of a person can hardly be recovered and may continue to suffer throughout his life.”

All the courtiers were surprised to hear Pandit Ramnarayan. But the king again asked, “Who is more dangerous: a vicious person or a flatterer?”