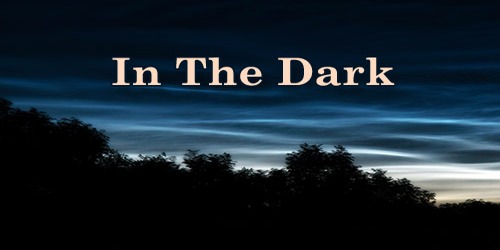 A fly of medium size made its way into the nose of the assistant procurator, Gagin. It may have been impelled by curiosity, or have got there through frivolity or accident in the dark; anyway, the nose resented the presence of a foreign body and gave the signal for a sneeze. Gagin sneezed, sneezed impressively and so shrilly and loudly that the bed shook and the springs creaked. Gagin’s wife, Marya Mihalovna, a full, plump, fair woman, started, too, and woke up. She gazed into the darkness, sighed, and turned over on the other side. Five minutes afterwards she turned over again and shut her eyes more firmly but she could not get to sleep again. After sighing and tossing from side to side for a time, she got up, crept over her husband, and putting on her slippers, went to the window.

It was dark outside. She could see nothing but the outlines of the trees and the roof of the stables. There was a faint pallor in the east, but this pallor was beginning to be clouded over. There was perfect stillness in the air wrapped in slumber and darkness. Even the watchman, paid to disturb the stillness of night, was silent; even the corncrake the only wild creature of the feathered tribe that does not shun the proximity of summer visitors was silent.

The stillness was broken by Marya Mihalovna herself. Standing at the window and gazing into the yard, she suddenly uttered a cry. She fancied that from the flower garden with the gaunt, clipped poplar, a dark figure was creeping towards the house. For the first minute she thought it was a cow or a horse, then, rubbing her eyes, she distinguished clearly the outlines of a man.

Then she fancied the dark figure approached the window of the kitchen and, standing still a moment, apparently undecided, put one foot on the window ledge and disappeared into the darkness of the window.

“A burglar!” flashed into her mind and a deathly pallor overspread her face.

And in one instant her imagination had drawn the picture so dreaded by lady visitors in country places a burglar creeps into the kitchen, from the kitchen into the dining-room . . . the silver in the cupboard . . . next into the bedroom . . . an axe . . . the face of a brigand . . . jewelry. . . . Her knees gave way under her and a shiver ran down her back.

“Vassya!” she said, shaking her husband, “Basile! Vassily Prokovitch! Ah! Mercy on us, he might be dead! Wake up, Basile, I beseech you!”

“W-well?” grunted the assistant procurator, with a deep inward breath and a munching sound.

“For God’s sake, wake up! A burglar has got into the kitchen! I was standing at the window looking out and someone got in at the window. He will get into the dining-room next . . . the spoons are in the cupboard! Basile! They broke into Mavra Yegorovna’s last year.”

“Heavens! He does not understand. Do listen, you stupid! I tell you I’ve just seen a man getting in at the kitchen window! Pelagea will be frightened and . . . and the silver is in the cupboard!”

“Basile, this is unbearable! I tell you of a real danger and you sleep and grunt! What would you have? Would you have us robbed and murdered?”

The assistant procurator slowly got up and sat on the bed, filling the air with loud yawns.

“Goodness knows what creatures women are!” He muttered. “Can’t leave one in peace even at night! To wake a man for such nonsense!”

“But, Basile, I swear I saw a man getting in at the window!”

“I say it’s Pelagea’s fireman come to see her.”

“Worse than ever!” shrieked Marya Mihalovna. “That’s worse than a burglar! I won’t put up with cynicism in my house!”

“Hoity-toity! We are virtuous! . . . Won’t put up with cynicism? As though it were cynicism! What’s the use of firing off those foreign words? My dear girl, it’s a thing that has happened ever since the world began, sanctified by tradition. What’s a fireman for if not to make love to the cook?”

“No, Basile! It seems you don’t know me! I cannot face the idea of such a . . . such a . . . in my house. You must go this minute into the kitchen and tell him to go away! This very minute! And to-morrow I’ll tell Pelagea that she must not dare to demean herself by such proceedings! When I am dead you may allow immorality in your house, but you shan’t do it now! . . . Please go!”

“Damn it,” grumbled Gagin, annoyed. “Consider with your microscopic female brain, what am I to go for?”

“Basile, I shall faint!”

Gagin cursed, put on his slippers, cursed again, and set off to the kitchen. It was as dark as the inside of a barrel, and the assistant procurator had to feel his way. He groped his way to the door of the nursery and waked the nurse.

“Vassilissa,”” he said, “you took my dressing-gown to brush last night where is it?”

“I gave it to Pelagea to brush, sir.”

“What carelessness! You take it away and don’t put it back now I’ve to go without a dressing-gown!”

On reaching the kitchen, he made his way to the corner in which on a box under a shelf of saucepans the cook slept.

“Pelagea,” he said, feeling her shoulder and giving it a shake, “Pelagea! Why are you pretending? You are not asleep! Who was it got in at your window just now?”

“Oh come, it’s no use your trying to keep it up! You’d better tell your scamp to clear out while he can! Do you hear? He’s no business to be here!”

“Are you out of your senses, sir, bless you? Do you think I’d be such a fool? Here one’s running about all day long, never a minute to sit down and then spoken to like this at night! Four roubles a month . . . and to find my own tea and sugar and this is all the credit I get for it! I used to live in a tradesman’s house, and never met with such insult there!”

“Come, come no need to go over your grievances! This very minute your grenadier must turn out! Do you understand?”

“You ought to be ashamed, sir,” said Pelagea, and he could hear the tears in her voice. “Gentlefolks . . . educated, and yet not a notion that with our hard lot . . . in our life of toil” she burst into tears. “It’s easy to insult us. There’s no one to stand up for us.”

There was nothing left for the assistant procurator but to acknowledge himself in the wrong and go back to his spouse.

“Oh, I am so sorry, sir; I forgot to put it on your chair. It’s hanging on a peg near the stove.”

Gagin felt for the dressing-gown by the stove, put it on, and went quietly back to his room.

When her husband went out Marya Mihalovna got into bed and waited. For the first three minutes her mind was at rest, but after that she began to feel uneasy.

And again her imagination drew a picture of her husband going into the dark kitchen . . . a blow with an axe . . . dying without uttering a single sound . . . a pool of blood! . . .

“What are you shouting for? I am here.” She heard her husband’s voice and steps. “Are you being murdered?”

The assistant procurator went up to the bedstead and sat down on the edge of it.

And the deputy procurator began teasing his wife. He was wide awake now and did not want to go to sleep again.

“You are a coward!” he laughed. “You’d better go to the doctor to-morrow and tell him about your hallucinations. You are a neurotic!”

“Y-yes! There is a smell . . . I am not sleepy. I say, I’ll light the candle. . . . Where are the matches? And, by the way, I’ll show you the photograph of the procurator of the Palace of Justice. He gave us all a photograph when he said good-bye to us yesterday, with his autograph.”

Gagin struck a match against the wall and lighted a candle. But before he had moved a step from the bed to fetch the photographs he heard behind him a piercing, heartrending shriek. Looking round, he saw his wife’s large eyes fastened upon him, full of amazement, horror, and wrath. . . .

“You took your dressing-gown off in the kitchen?” she said, turning pale.

The deputy procurator looked down at himself, and gasped.

Flung over his shoulders was not his dressing-gown, but the fireman’s overcoat. How had it come on his shoulders? While he was settling that question, his wife’s imagination was drawing another picture, awful and impossible: darkness, stillness, whispering, and so on, and so on.