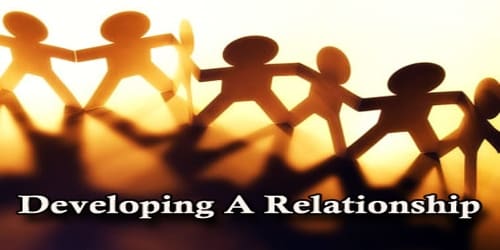 Anita was recently married and had started living in a joint family with her husband and in-laws. After a few days, she started to realize that she is not able to get along with her mother in law. Anita’s mother in law was conservative whereas Anita was liberal with a modern lifestyle. Soon they both started quarreling due to differences in opinions and lifestyle. As days and months passed, none of them changed their behavior.

Anita’s father felt pity at her situation but told her, “If you give poison to your mother in law, you and I both will end up in jail.  It is not the right thing to do”.  But, Anita was in no mood to listen and understand. Finally, her father gave in. He told her, “Ok, as you wish but I don’t want to see you in jail, so do as I tell you”. Anita agreed. Her father brought a powder and told her, “Everyday when you make a lunch or dinner, just mix a little pinch of this powder in your mother in law’s meal, since the quantity will be less, she won’t die quickly but will slowly in few months and people will think she has died naturally”.

As time started to pass, Anita’s mother in law’s nature also started to change. Because Anita was being very caring towards her, she too started to be affectionate towards her. Five months passed and Anita had been mixing the powder but atmosphere of the house was changed. There were no quarrels; both were praising each while talking to neighbors. They got very attached to each other like a mother and daughter. Now, Anita started to get worried thinking due to the powder, her mother in law may die soon.

She ran at her father’s home and told him, “Dad!  Please give me the antidote to cure the effect of that poisonous powder you gave! I don’t want to lose my mother in law, she is just like my mom and I love her very much”. Her father smiled and said, “Which poison? I had simply given you a sweetener!”

Moral of the story: ‘Each person is different which may be due to their own circumstances.  This can often lead to many differences. However, we must try to understand each other and adjust a little to make a healthy relationship with each other. And, when such differences arise between persons, it is the duty of their loved ones to keep them calm and guide towards the right path.’