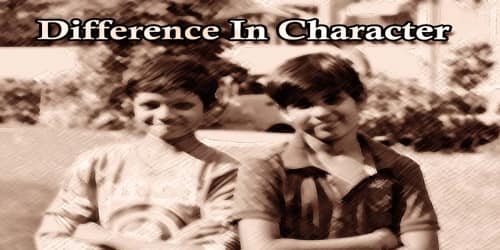 There were two brothers in a village. One was Kabir by name and the other was Bashir. Kabir was the elder brother of Bashir. They began to grow up gradually. Suddenly their father died. They fell in a problem to some extent. Kabir was cleverer than Bashir. The younger was very simple and honest. Kabir always made his brother difficult work and he did not do any work. They had two things. One was a cow and the other was a palm tree. One day the two brothers divided their properties. Kabir took the back part of the cow and gave the front to his brother.

In the same way, Kabir himself took the top of the palm tree and gave the bottom to his brother. Kabir began to enjoy the benefit of the properties. But Bashir was deprived of getting any advantage. Kabir began to drink milk and juice of the palm tree. One day a clever man in the village advised Bashir to cut down the palm tree of his own portion and stopped feeding the cow. Then the problem was solved.