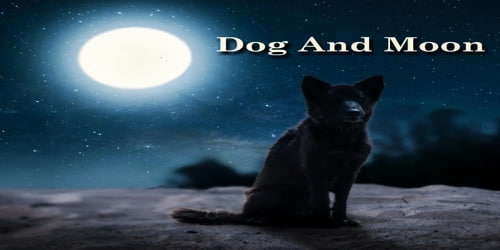 Long ago in Burma, a young man stood by his grandmother’s bedside. He was saying farewell to her, for her time on Earth was nearly finished. The young man did not weep. He knew he would miss her, but his grandmother had lived a long and joyful life, and they had shared many good times.

“Dear child,” the woman said, “I want to leave you a gift, and I have just one thing of value. I am leaving you my pestle. Guard it well.”

That evening the old woman died.

From that day on, the young man always carried his grandmother’s pestle. He cherished it, and whenever he looked at it, he remembered her and smiled.

One day as he was walking through a field, a snake slithered past. “Young man,” the snake said, “could I borrow your pestle?”

The young man was surprised. He could not imagine why a snake would need a pestle, and he had never known that snakes could speak to human beings. But he did not wish to loan his treasure to a stranger, and so he asked, “Why would you want a pestle?”

“Come and I will show you,” the snake said.

The young man followed the snake through the tall, golden fields until they came to the lifeless body of another snake hidden in the deep grass.

“This is my beloved,” the snake said sadly. “I cannot live without her, and so I ask you to touch your pestle to her nose.”

Again the young man was surprised and confused, but the snake was so sad, he didn’t have the heart to refuse. And so he touched his pestle to the snake’s nose, and a moment later, the dead snake opened her eyes and was alive again.

The young man could not believe his eyes. “How could that happen?” he asked.

The two snakes explained. “Your grandmother knew the magic of this world,” they said. “She was a friend to all creatures, and she was kind to every one of us. Because of her kindness, we loved her, and we taught her the secrets of the woods. Now that you know the secret of the pestle, you must guard it still more carefully. Never tell a soul of the magic, for if you do, it will no longer work.”

“But why didn’t my grandmother save herself?” the boy asked, remembering how much he missed her.

“Sometimes,” the snakes said, “people wish to rest. Your grandmother is at peace in her rest.”

The young man walked back toward his village, wondering all the while how he could use his magical gift to help his people and to carry on his grandmother’s work. When he neared the village, he saw the lifeless body of a dog. He touched the pestle to the creature’s nose, and once again the magic worked. The dog was alive again. The dog and the young man became best friends.

For many months after that, the young man and his dog traveled the countryside, healing many people and animals. Tales of his secret powers reached the king, who sent his servants to find the young man and bring him to the palace.

And so the young man and his dog moved to the palace, where the king appointed him his heir and announced that this poor village boy would marry the princess.

When the young man and the princess married, they were as happy as any couple could be. One night, with a full moon shining through the windows of the palace bedroom, the young man wondered if his magical pestle might do more than cure the ill and bring the dead to life. He turned and touched the pestle to his sleeping wife’s nose, and then he touched his own and his dog’s.

By year’s end, the young man knew that his pestle had brought his family eternal youth. Never would they grow old, and never would they die. He was still happier, but the Moon, who had watched all of this with envy and pride, was growing angrier each day.

In the sky, she swayed and fumed. “Everyone must grow old, everyone must die,” she cried. “Even the sun dies every evening, and a human being must not be more powerful than the deities in the sky. I must steal that pestle and stop this man’s disruption of the ways of the world.”

So one day, when the young man had laid his pestle outside to dry in the warm autumn sun, the Moon watched from the sky. The young man’s wife called to him, and he left his dog to guard the pestle. The moment he was gone, the Moon, invisible in the daylight, swept down and stole the pestle.

The dog, smelling her scent, sat up and barked. When his master did not come to chase the Moon, he knew he must. He ran after the Moon’s scent, so filled with determination that soon he was climbing into the sky, following the Moon as she raced away.

Ever since that day, the Moon rushes across the sky each night, trying to escape the dog that chases her. Sometimes the dog nearly reaches her, touches her with the tip of his nose. But the Moon is too fast. She always slips away, and still, the dog chases her.