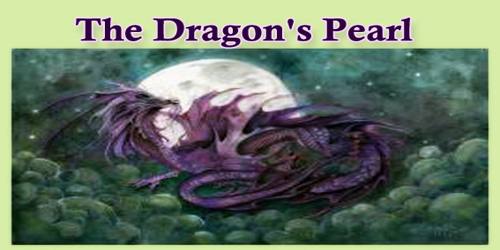 Long ago, near the River Min in the province of Sichuan in China, there lived a woman and her son. They were good people, but very poor. Every day the boy hiked into the countryside to cut grass. This he gathered and sold to the villagers for fodder and fuel. With his small earnings, mother and son managed to survive.

One year a terrible drought struck the land. Life became even harder for the family. The boy went out, as usual, every day, gathering what he little he could. He made less and less money. After a while, his mother became ill from hunger.

One day the boy was walking beside a dry streambed and came upon the lushest patch of bright green grass he had ever seen. Amazed by his luck, he quickly cut the whole patch, filled his sack and carried it to the village. He sold his grass for more money than he had ever made before. Then he returned home and fed his mother a hearty meal.

The next day the boy returned to the same spot in the hills, hoping he might find another green patch. To his astonishment, he saw that the grass he had cut the day before had grown again, just as thick and green. He worked until sunset, and once again traveled to the village and earned enough money to pay for a fine meal.

On the third day, the boy again returned to the dry streambed. Again he saw the grass had grown. For five days this went on. The boy and his mother were deeply grateful for the miraculous patch of grass.

But on the sixth day the boy woke and yawned, “Oh, it is so far to walk to my spot.” Then he smiled, for he had an idea. He would go to the patch again, but this time he would dig up the magic grass by the roots and bring it back to plant beside their house.

He hiked back into the hills to his patch and worked there for hours, digging up the earth and roots. Suddenly he found, buried in the soil, a beautiful white pearl tinged with pink. He held it gently in his palm, watching it gleam in the midday sun. Then he put it in his pocket and finished his work.

That night the boy showed the pearl to his mother. “It’s so lovely,” she said as she rolled the gem between her fingertips.

“We can sell it!” the boy said happily.

“No, let us keep it for a while,” said the mother. “It will be nice to have something so beautiful with us.” She put the pearl in the rice jar, and the boy went out to plant his grass.

The next morning the boy awoke early, eager to see his new patch of grass. But when he ran to the window, he saw that the grass was withered and dying. “Oh, I am a fool,” he cried. “I have destroyed that which was good. If only I had not been so lazy.”

Then he remembered the pearl. He ran to the jar to make certain the precious gem was still there. To his great surprise, the jar, which had been nearly empty, now brimmed with rice, and the lovely pearl sat on the top, gleaming in the morning light. “Mother, come quickly,” he called.

When she saw this miracle, she rejoiced. “We will eat a big bowl of rice in celebration,” she said. This they did. “Let us put the pearl back as it was,” she said.

The next morning, to their great joy, they found the jar was full once more.

“This is a magical pearl,” said the mother. “We must care well for our treasure.” That night she put the pearl in the money box. The next morning the box was overflowing with coins. That night they placed the pearl inside the oil jar. In the morning, the jar overflowed with oil.

The mother and her son no longer had any worries. Whatever they needed, the pearl created for them. Their friends and neighbors noticed the change in their fortunes, but no one minded in the least, for mother and son were generous beyond compare. They were always giving things to others.

Two men in the village, though, were selfish and greedy and were suspicious of the good fortune the mother and son possessed. One day these men went to the house and bullied the woman to share the secret of her wealth.

“But gentlemen,” said the woman, “our fortune is no secret. We are lucky enough to own a magical pearl.” She took the pearl from its safe place in the cupboard.

The men crowded close. Suddenly one of them snarled, “We shall have your pearl,” but before he could grab it, the boy snatched it up and put it in his mouth.

“Give it to us!” cried the men. One of them began to shake the boy. He shook so hard, the boy swallowed the pearl.

The boy felt a burning sensation in his stomach. He was thirstier than he had ever been. “Oh, Mother,” he cried. “I am so thirsty! I need water, tea anything.”

Distressed to see her son in pain, the mother poured him glass after glass of tea and water, but soon she had nothing more to offer. The boy dashed outside to the well and drank the well dry, and still he was thirsty.

He ran to the river. His mother and the two men and all the neighbors stood helplessly nearby by as the boy drank the river dry.

And then, suddenly, a loud crack of thunder sounded. Wind roared. Lightning flashed. Rain poured from the heavens. The earth trembled, and people fell to the ground, grateful that their drought had ended.

But now they were astonished at the sight before them, for the boy began to grow. Larger and larger he grew, and soon scales appeared on his back. Horns sprouted from his head. His eyes grew and bulged from his head. The woman wept as she watched her son turn into a dragon. She knew the pearl was to blame.

Rain kept coming, and the dragon walked into the overflowing river. The mother wept. “Come back, child,” she said. The boy could not help himself from turning around to look at her. As he did, his mighty tail swept the river’s edge, creating huge mud banks.

The boy then knew that he would not change back. He had become a dragon, the guardian of the river. His mother understood this, too. “Farewell, my son,” she called. “Guard the river well.”

And from then on the guardian dragon lived in the River Min. There he kept the magical pearl safe. The pearl gave off a glowing light that never faded, and it continued to increase the things among which it was placed.

The mud banks are there still, a testament to the boy’s farewell as he disappeared into the river, thrusting his mighty dragon’s tail. For many years, until the mother’s death, she visited the river daily and spoke with her child, the guardian dragon. That is why the people call these banks beside the River Min the “Looking at Mother Banks.”