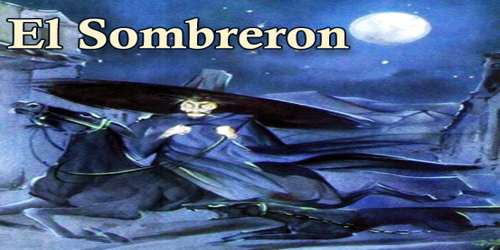 Once upon a time in a Mayan village, twins were born to a hatmaker and his wife. The couple was overjoyed the day their sons were born, but their joy did not last long. One of the boys was kind, soft-voiced and even-tempered. But the other lad was born with the devil in him. He was always doing just what his parents told him not to do, and as he grew older, he continued to do whatever he was not supposed to do.

He was not cruel, but he was mischievous. He hid his brother’s toys; he stole fruit from the neighbors’ gardens. He teased children, and spilled his milk, and laughed when he should have been quiet, and would not speak when teachers asked him questions. He never stopped running and jumping and playing, and his parents fretted and worried and wondered what to do.

At last, the boy’s mother begged her husband to call upon the brujo for advice. Among the Mayan people, the brujos, wise men, were known to have the power and the magic to cure every imaginable ill. They could cure bodies, minds, and spirits, so the people said. They knew exactly what to do to fix whatever problem arose.

So the hatmaker went to visit the brujo and begged him for help. “My son is a troublemaker,” the man said. “Please, tell me how to calm him down and cure him of his mischief-making.”

The brujo sat and thought, for wise men always listen carefully and think long and hard. And they pray. Finally, the brujo spoke. “I know how to help you,” he said. “You must return to your shop, and there you will make a huge sombrero, the biggest sombrero you have ever made. Bring it to me, and I’ll solve your problem.”

The man returned home and worked for several days, fashioning a sombrero so large, it would have fit upon the heads of several of the villagers altogether. When he was done, the sombrero was so big he could not carry it, and so, with the help of his good son and his neighbors, he carried it to his cart and rode it to the brujo’s home.

“Now,” said the brujo, “I will put my magic inside.” He lighted his candles and placed rose petals upon his altar, and closed his eyes and prayed. He began to weave. He was weaving magic into the sombrero, but no one was allowed to watch. People say this took him many hours; the sombrero was big, remember, and the magic was strong. By sunset, he had completed his task.

“Take this home now,” said the brujo, “and place it in the middle of the floor of your house. Your son and the magic will take matters from there.”

The man did as he was told.

In the middle of the night, the father awoke, startled, when he heard a large crash from the living room where the sombrero sat.

He ran to see what had happened, and there he found the sombrero moving, walking as if powered by its own spirits.

“Help!” the man heard, and he bent down and listened. “Help me, father,” came a voice from beneath the sombrero.

The man tugged at the hat, and sure enough, there was his son, his head in the center of the sombrero, his legs thrashing about.

“Take this off my head!” the boy cried. “I climbed under to see what I might see, and now I can’t get this thing off!”

The hat never did come off. The boy had to wear it all the time, and the villagers began to call him El Sombreron, the Big Hat. They laughed when they saw him running through the village, only his legs visible, that enormous sombrero atop those little legs.

El Sombreron never grew taller after that day. The hat was so big and heavy, it pushed him down, and he stayed short, like a small boy, even though he grew longer in years.

They villagers laughed at him only for a while, though. The trouble was, there was magic in that hat, and El Sombreron learned it all, and so he never did stop making mischief. He could make himself invisible, and he could climb up walls and across ceilings, and he could walk through walls, so sometimes, when he was invisible, he would tear through the streets, stealing fruit and tipping carts. And some nights, still invisible, he would sneak into the neighbors’ stables and steal their donkeys.

For a while, people prayed El Sombreron would vanish altogether, but he never did. And it seems he never vanished at all, for all over Guatemala people still talk of him. It is he, they say, who turns things inside out and upside down, and is the cause of all the little annoyances in life that nobody can quite explain. That’s the way things are sometimes.