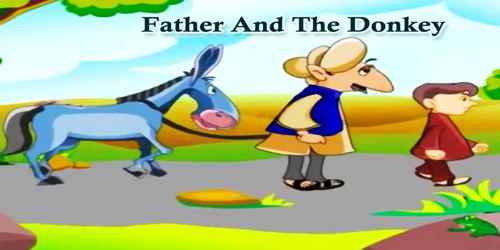 Father And The Donkey

Banwarilal is a simple soul who believes whatever he is told. The village boys are aware of this and exploit his simplicity for a few laughs. One day, Banwarilal is on his way to the market with his son to sell their donkey. He comes across some village boys out to have fun.

Thinking it a good idea they comply. The poor donkey collapses from exhaustion. The boys then express their disgust at the duo for ill-treating the donkey and advice that they take the donkey to an animal doctor. The duo again follows the advice.

On the way, they come across barking stray dogs. In the confusion that ensues, the donkey falls into the flowing river. The donkey is lost forever. Banwarilal loses the donkey because he follows what he is suggested without thinking for himself.

Moral of the story: ‘He who listens to everybody will only become a laughing stock.’