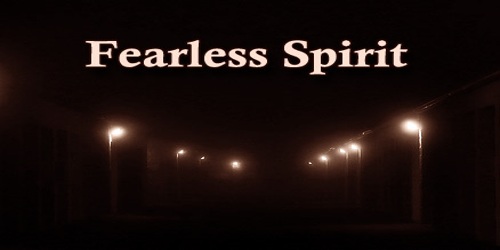 Once upon a time, a young man named Hiku lived atop a volcano on an island in the Pacific. Hiku was curious, always asking questions and learning new things. One day he decided to explore the rest of the island, and so he journeyed down from the peak.

He walked for days and came to a village. The people welcomed the stranger from the peak and celebrated his visit. At the celebration, Hiku met the chief’s daughter. Her name was Kawelu.

Kawelu and Hiku fell in love that very night.

For many days they laughed and talked and sang together, and they promised to love each other forever. One day Hiku said, “I must go to visit my family on the volcano. I want to tell them of my love for you and to tell them about the village.”

“Don’t leave,” Kawelu pleaded, but Hiku promised he would return as soon as he could, and that day he began his climb back home.

As soon as Hiku was gone, Kawelu became sick with grief. She did not believe Hiku would keep his promise, and life seemed to her not worth living. She grew feverish, and before long she could not leave her bed. Her family and friends stood at her bedside and tried all they could to heal her. Nothing they did could cure this fever. Kawelu grew weaker and weaker.

Hiku did keep his promise. Weeks later he returned to Kawelu’s village. Sadly, by this time she was so ill, she did not recognize her love. Like the chief and all the others, Hiku stayed at Kawelu’s bedside. He held her hands. He sang to her and told her stories, reminding her of their happy days together and of the joy, they would have in the future.

But Kawelu did not respond to Hiku’s words. Soon afterward her spirit departed, making its way to the underworld.

Stricken with grief, Hiku knew he must find a way to be with her again, and so he went at once to speak with his mother. She knew all about the land of the dead, and he wished to know all he could about the place where his beloved’s spirit had gone.

She walked him to the peak of the volcano, and they looked out at the wide, blue ocean. “There, my son,” his mother said, and she pointed to the place where the sky met the water at the horizon. “There you see the great drop. Those who have died live below that spot. They must never return to this world, and we must not visit them.”

Then his mother told him the secrets she knew about the underworld. All the islanders knew about this land. They knew it was a world without sorrow and their loved ones lived in peace and joy. But they also knew that the spirits who guarded the gates would not allow anyone living to enter.

“I must go to Kawelu and bring her back to the island,” Hiku told his mother and neighbors and friends.

“That is a fool’s quest,” his mother said. “I know you are a curious young man who loves adventure, and that you love Kawelu with all your heart, but I beg you not to try to break through the gates of the spirits of the underworld.”

Everyone feared Hiku’s plan, but Hiku felt no fear. He was determined, and at last his friends, moved by his passion, agreed to help him in his quest.

Together the young men gathered the longest, thickest vines they could find. These they twined into a rope as strong as a thousand men. Next Hiku split a coconut and hollowed out each half. These he placed in a pouch, and then he spread the coconut oil all over his body. When he was finished, he smelled like those spirits who inhabited the underworld, as his mother had told him.

“We are ready now,” Hiku said to his friends, and they paddled their canoe toward the great drop. When they reached the edge, Hiku’s companions steadied the canoe, and Hiku climbed down his rope, toward the land of the dead.

When he saw the spirits who guarded the gates, he began to sway above them. When they smelled the coconut oil, they opened the gates, and the moment the gates were opened, Hiku slipped through. Suddenly the spirits recognized that he was a living creature and they tried to send him away. But they were too late.

Kawelu had seen her beloved. She ran toward him, and their hands touched. Hiku gripped her tightly and called to his companions, “Pull!”

Pull they did, but when Kawelu saw the shadow of the canoe when she saw the heads of the young men, she tried to getaway. She felt afraid once more. Still, Hiku held her tight.

“I cannot return to the land of the living,” she cried, but still he held her. “Do not be afraid,” he said. But Kawelu was afraid, and so she transformed herself into a butterfly and slipped from his grip.

Hiku was ready. He reached for his coconut shells and clapped the two halves around the butterfly, trapping Kawelu. And in this way, Hiku carried Kawelu’s spirit back to the land of the living.

When they returned to her village, Hiku took the shell to the place where Kawelu’s body lay. With his tiny knife, he made a small cut in her body and placed the butterfly spirit inside. A moment later Kawelu woke.

The two embraced, and they lived the rest of their lives together in joy and without fear. When it was time to move to the underworld, they journeyed together, and there they stayed together, spirits without sorrow or fear.