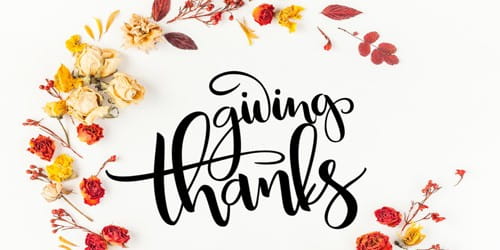 Giving Thanks (A Medieval English Fable)

Long ago there was a nobleman who liked to hunt. One day as he chased a fox through the woods, he lost his seat upon his horse and fell into a pit so deep he could not climb out. “Help me!” he called, but his words echoed back at him. He shouted, he cried, and just as he was about to fall to his knees in despair, he heard a voice above calling, “Is someone down there?”

“Help!” the nobleman called. “If you pull me out of here I will richly reward you.”

Now the peasant who had heard the man’s cries made his living by gathering firewood, and he was very poor. Still, he was no fool, and so he asked, “Who are you?”

“I am a wealthy nobleman, and I swear to the gods that I will give you half of all I own if you help me.”

Now oaths were sacred, and so the peasant tied one end of his rope to a nearby tree and threw the other into the pit.

A moment later he felt a tug on the rope and pulled with all his might. To his horror, a lion who had also fallen into the pit had taken hold of the rope and now appeared at the top. The peasant was terrified, but the lion ran into the woods. “Lions cannot speak!” he whispered to himself. “Evil spirits must live in that pit.” He began to run away.

The peasant stopped in his tracks. “Who is calling me?” he asked suspiciously.

“It is I, the nobleman who will give you half I own in return for your help.”

The peasant summoned his courage and again tossed the rope into the pit. This time when he hauled it up, a monkey leaped to the ground and raced into the woods. The peasant again turned to run away when the same voice called: “Don’t leave me here! I am the man who called you the first time, and I swear to the gods if you save me I will give you half of all I own.”

Spurred by the thought of wealth, the peasant once again threw down the rope. This time when he pulled it to the top, he found a serpent coiled around the end.

“Don’t be afraid,” the nobleman called at once. “Throw the rope again and save me, and you’ll never have a care in the world.”

The peasant steeled himself, tossed down the rope, and this time the nobleman caught hold and the peasant pulled him to safety.

Once at the top, the nobleman ran off toward the city without a word of thanks to the peasant.

The peasant was at first too stunned to move, but then he raced as fast as he could after the nobleman. When he caught up, he cried breathlessly, “Your promise, sir. You must have forgotten.”

“I promise you will be punished if you breathe a word of this tale to anyone,” the nobleman sneered. “No one will believe your word against mine.”

The peasant, helpless and afraid, went home and never said a single word, not even to his wife.

When he walked outside the next morning, he was astonished to see the lion standing at his door. He turned to dash back inside, but the lion gently nudged his arm and sat on his haunches, nodding to the peasant to ride him. Ride the lion he did. They trotted into the forest, directly to the pit where the peasant had saved everyone. There he was surprised to find the monkey standing beside many piles of stacked firewood. The lion bent once more, and the monkey stacked the firewood upon the lion’s back. Then the lion and the peasant rode to market and sold the wood.

To his amazement, this happened again the next day, and the next day after that. On the 10th day, when he once again found his wood gathered, he noticed a serpent slithering toward him, and when it reached his feet, it stopped, lifted its head and dropped a glittering jewel from its mouth.

When the peasant showed the jewel to his wife, she insisted they sell it. They received a bag of gold in exchange and were filled with gratitude. But that was not the end. When the peasant opened his purse the next morning, he found another jewel, exactly like the first. Once again he sold it. Again and again, this happened. Every time he sold a jewel, another appeared.

Soon the peasant and his wife were rich.

People talked of their mysterious good fortune, and at last, news reached the king’s ears. The king asked to see the peasant.

“Tell me, young man,” the king demanded, “how did you become so rich?”

The peasant told the tale of the lion and the monkey and the serpent who had so kindly repaid him. And he told of the nobleman who had never given thanks.

“You are a liar and a thief,” the king said when he heard the wild tale. He called to his soldiers, but at that moment the lion, with the monkey on his back and the serpent coiled about his neck, arrived at the gates of the palace. They bowed to the king, who sent at once for the nobleman and demanded that he tell the true tale.

When the king learned of the nobleman’s ingratitude, he called for a trial. The people decided the nobleman must give half of all he owned the peasant, just as he had promised.

“Ingratitude,” the king announced, “is a sin. We must remember always to be thankful for our gifts.”

And with this, the people agreed.