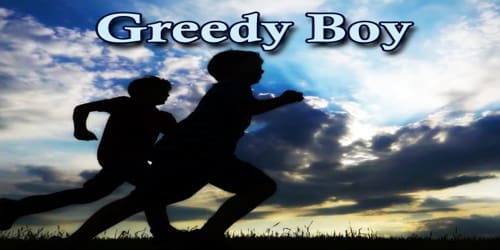 There lived a twin brother called Sam and Tom! They were identical twins, even their mother found it too hard to differentiate between them during the initial months of birth. However, they were like two poles when it comes to everything other than their appearance. They neither agree with anything nor do they share even one single trait! Sam had no friends, whereas for Tom the world was friendship. Sam loved sweets and Tom loved to eat spicy foods. Sam was mommy’s pet and Tom was daddy’s pet. While Sam was generous, Tom was greedy! As they grew up, their father wanted to share his fortune equally.

However, Tom did not agree and he argued that whoever is more intelligent and strong, will gain a higher share of wealth than others. Sam agreed. Their father decided to organize a competition between the two. And they ordered the two sons to walk as long as they can in and they should return home before the sunset. Whoever covers the longer distance and returns home before sunset will get a huge amount of wealth proportionate to the distance they covered. They don’t carry watches to calculate time. Both started to walk a long way during a sunny day. Sam walked slowly and steadily, while Tom urged to win over Sam started to run instantly. The distance they cover until mid-noon will be equal to the distance they would reach home before sunset. It was mid-noon and Sam decided to return back as he could reach home on time.

However, Tom, with his greediness to earn more wealth, did not turn his way back home even after mid-noon. He walked two times the longer distance than what Sam was covered and decided to return back before the sunset. He urged to return home as the Sun turned orange in the evening. Unfortunately, he could not even make halfway home and the moon rises. He lost the race and was defeated because of greediness!