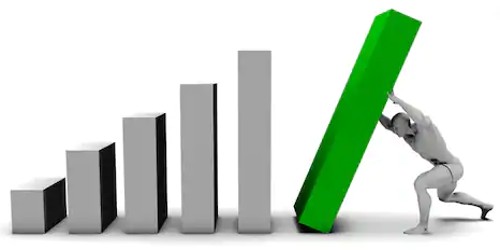 Hard work is the key to success. If the success was free then everybody would have it. Here I’m telling a successful person name Mei Ling’s early story. Mei Ling came from a poor family of five children. Her parents were hawkers. They lived in a run-down low-cost house. Often they had only potatoes to eat. It is part of human nature to be doubtful and worried sometimes even if there are no good reasons to be such. Success doesn’t happen by chance. It takes strategic actions in the right direction to get there.

Each afternoon after school, Mei Ling and Boon Keong would sell cakes at the bus station. The area was noisy and hot but they did not mind. They only hoped that they could finish selling their cakes as quickly as possible.

At about 7 o’clock, Mei Ling and Boon Keong would go home, bathe and have dinner. After resting for a while, they would do their homework. Mei Ling would often study until 2 o’clock as she wanted to get good results for her A level examination. 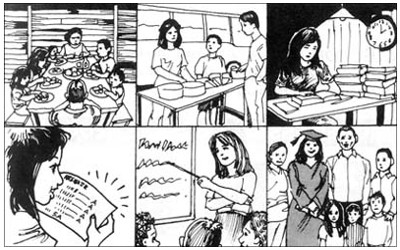 Finally, the results were released. Mei Ling could only hope for the best. When she arrived at school, she was surprised to see all her friends rushing out to greet her and embrace her. she had scored 5A’s! Mei Ling could not believe her ears until she saw her result slip with her own eyes.

As she walked home that day, she was extremely happy but also sad. She knew that it would cost a lot to study at university. Her family encouraged her to continue her studies and promised to help her in any way they could. Wishing to lighten her family’s financial burden, Mei Ling gave tuition when she was an undergraduate.

After four years in the university, Mei Ling finally graduated. All her family members were present at her convocation and they were very proud of her. Mei Ling found a good job in a big law firm and it was her turn and duty to give encouragement and financial support to her younger siblings.

Moral; if you have no money, then you must work to achieve. It feels good to have success after achieving what you might not otherwise have had. Most of the successful individuals had put in enough productive work before they received success in return. Failures are sometimes a part of the journey to the success, but at the end of the day, it is all about how hard you have worked on the right thing and this will get you closer to your goal.