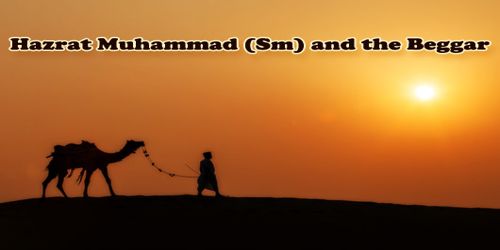 Hazrat Muhammad (Sm) and the Beggar

Every day he cut wood from the nearby jungle. Then he sold it to the market and earned money. In this way, the beggar became self-employed and solvent and he did not need to beg any more. It is evident that if a person tries heart and soul, he/she will get his/her reward.