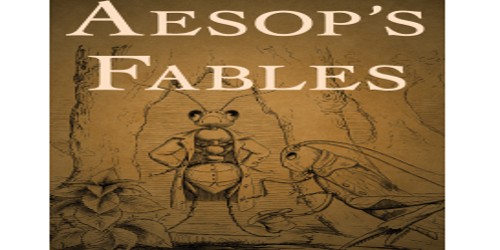 Just My Luck (Based on an Aesop’s Fable)

Long ago, and far away, a young girl named Madeleine lived in a tiny town. All the young life she had dreamed of traveling. “Oh,” the villagers would say, “you must be careful when you travel,” but Madeleine was adventurous and courageous, and she could not stop dreaming of faraway lands.

One night when Madeleine was 10, she fell asleep and began to dream of traveling the whole wide world. Suddenly she heard a voice calling, “Wake up, wake up,” and Madeleine awoke.

She looked around and didn’t see a soul, but she began to pout. “Just my luck to be stuck here in this tiny town.”

The next night she had the same dream, and just as she was setting off on her journey, a voice called, “Wake up, wake up.” When Madeleine awoke, she didn’t see a soul, but she decided she had better set off on her journey to see the world.

The next morning, she packed a bag and set off into the world to see what she could see.

She walked for a long way, and when the sunset and the moon rose and the stars lit up the warm summer sky, she began to yawn. She was so tired, she could barely keep her eyes open, and so she lay down right where she was, curled up and went to sleep.

Madeleine was adventurous and courageous, but she was not always careful. Madeleine did not notice that she had lain down right beside a deep well.

Madeleine slept a peaceful sleep, but just as she was about to roll over — and, oh, if she had, she would have fallen right into that deep well! — she heard a voice calling to her. “Wake up, wake up!”

Madeleine awoke. She rubbed her eyes and looked around, wondering who had called to her. She looked up at the sky and saw the glittering stars, and the big, shining moon, and the silhouette of trees dancing in the gentle breeze, and the bright eyes of curious rabbits and squirrels and mice staring at her. She heard a bubbling brook, but she could not imagine who might have called out to her.

She reached down, and as she did, she felt the edge of the well.

“Oh my,” Madeleine said, staring over the edge. “Just my luck if I had rolled over and fallen down there.” Her words echoed in the silent night air.

She quickly moved far away from the well and lay down once again, and soon she was asleep.

The next morning, Madeleine rose early and began to walk through fields of waving sunflowers and daisies. The sun was shining brightly and the birds were singing sweetly, and everywhere she looked she saw butterflies fluttering through the air. She smiled, for she was happy as could be out here in the big, wide world.

Again she walked and walked, and when night fell, she lay down in a field of tall grass and fell fast asleep.

What she didn’t notice was that a herd of bulls was grazing in the very same field. In the middle of the night, just as the bulls caught a whiff of Madeleine and began to plod toward her, a voice called out, “Wake up, wake up.”

Madeleine ran as fast as she could, huffing and puffing, and when at last she was safely over a fence and far from those bulls, she put her hands on her hips and pouted and said, “Just my luck if I had been trampled by bulls!”

She walked on, but pretty soon she began to wonder about that strange voice that had set her traveling and had saved her from falling to the bottom of the well and from being trampled by angry bulls. She stopped and looked all around her. “Is someone there?” she called. “Is someone out there?”

The birds stopped singing, and the wind grew silent and still, and the flowers bowed as if they too were hoping to hear the answer to Madeleine’s question.

“Just my luck,” Madeleine said, “to be all alone with no one to talk to.”

And that was when she heard a voice, and the voice said, “Isn’t that the way it is? Everyone blames her luck for the choices she makes.”

And after that, Madeleine never blamed her luck for anything at all.