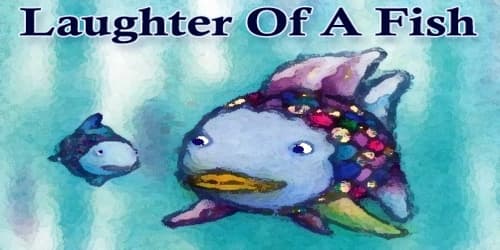 Laughter Of A Fish

Once upon a time, there was a king named Firozshah, who ruled over Kashmir. His wife was sitting near the window, she saw a woman selling fish. She asked her if she had any female fish. The fish-selling woman said, “No, I have only male fish.” With this, the woman moved ahead. As she moved forward, the queen heard the laughter of a fish. The queen was surprised. She thought that the fish was laughing at her. She got annoyed and rushed to the king. She narrated the whole incident to him. But the king could not decide what to do. He called Prime Minister Hussain who was very intelligent. The king narrated the whole incident and asked the minister to solve the riddle why the fish had dared to laugh at the queen.

The king further said, “I give you fifteen days to solve the riddle and if you fail, you will be beheaded.”

Hussain thought deeply and decided to set out on a journey to unfold the puzzle the next day.

He met an old farmer named Rehman on his way who was going to Pahalgam. Hussain thought of making friends with him who might help him in solving the riddle. Thus, Hussain accompanied him to Pahalgam.

During the journey, Hussain said to him, “It would be better for us to take each other alternately during the journey.” Rehman could not get the meaning of Hussain and preferred to keep quiet. While they were passing through a field of maize, Hussain again asked Rehman could not understand the words and said, “I do not know.” He could not make out why Hussain was speaking in such away. They both continued their journey. After some time they crossed a mosque and passed through a village. When nobody welcomed them, Hussain asked, “What are we doing in this graveyard?” Rehman said, “Are you mad; this is a village.”

Then they reached a graveyard where some people were distributing roasted meat and bread to the people who were present there, in the memory of their ancestor.

Hussain said, “Oh! What a good village it is!” Rehman murmured, “What a mad man he is! He is speaking like a fool. It appears he has become totally mad.”

Soon, they both reached the outskirts of the village of Rehman. Rehman was a kind man so he invited Hussain to stay at his home. “Now you seem quite tired. Why don’t you stay at my house for some time and take rest.” Hussain said, “Thank you for the invitation. I will stay here until the evening. But please tell me one thing; are the walls of your house strong enough?” Rehman started laughing at the words of Hussain. He said goodbye to him and came to his house.

On reaching home, Rehman told his daughter Johra about Hussain. He also told her that he had invited him to say at his house. But Hussain put a foolish question about the walls of the house.

Johra was an intelligent girl. She said, “Dear father, I think the man is very intelligent.” His father said, “How can you say that the man is intelligent? He has only talked foolishly.” Johra clarified the meaning intended by Hussain, “By the question of strong walls he meant whether the invitation was real or just a formality.” Hearing his daughter, Rehman was very much pleased and said, “If these questions had a deep meaning, his other sentences must have had wise meanings as well. Now I will repeat his sentences. At first, he said that we should go together taking each other alternately.” Johra said, “By this, he meant that both of you should tell stories alternately so that you could complete your long journey easily.” Rehman repeated Hussain’s other sentence, “Why did he ask whether the maize can be eaten or not?” Johra said, “Father, you are a farmer and you must know that one should not eat from a field in the absence of its owner. This is what he wanted to convey to you.” Her father again said, “Tell me, why did he call the village a graveyard and the graveyard a village?”

Johra clarified, “The villagers did not entertain you well, that is why the village was similar to a graveyard but the people in the graveyard distributed food so the graveyard was like a village.”

Hearing these explanations, Rehman realized that Hussain was very intelligent as there lied a deep and wise meaning in each of his sentences.

Johra was excited and was very much eager to meet Hussain taking rest under a banyan tree outside the village. He brought him home. Johra was pleased to see him. She asked, “Please tell me what made you take such a long journey? May I help you? I hope there is something I can do for you.”

Hussain told her about the fish and the king’s resolution to know the secret of the laughter of the fish. He also disclosed that his failure would cost his life.

Johra said, “It is quite a simple puzzle. It means that someone was planning to kill the king.” Hussain agreed to Johra’s explanation of the incident. He decided to go back to the king along with Johra and Rehman.

On reaching there, Hussain introduced Johra and Rehman to the king and said to the king, “I have found out the secret of the laughter of the fish. Johra will tell you this secret in detail.” Johra said, “Sir, the fish was a foreteller who could see the future. The fish was laughing at seeing your future. She wanted to make you cautious against a person who in disguise of a woman wants to kill you.” The king asked Johra, “Will you be able to prove this?”

At this, Hussain said, “Yes! I want to test your all maidservants.” The king and the queen allowed him to do so.

All the maids were called for a test. As per the instructions of Hussain, a large and deep pit was dug and all the maids were asked to jump across the pit. No one was able to cross the pit except one. Thus, the maid was identified as a male among the maids. The king got him arrested immediately. He was a spy of a neighboring state. The king gave rewards to Johra and later Hussain married her.