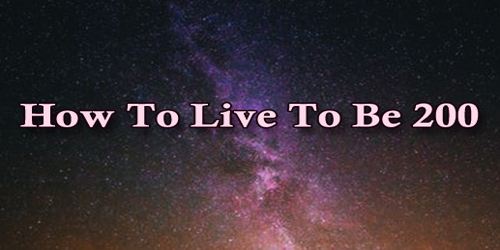 Twenty years ago I knew a man called Jiggins, who had the Health Habit.

He used to take a cold plunge every morning. He said it opened his pores. After it he took a hot sponge. He said it closed the pores. He got so that he could open and shut his pores at will.

Jiggins used to stand and breathe at an open window for half an hour before dressing. He said it expanded his lungs. He might, of course, have had it done in a shoe-store with a boot stretcher, but after all, it cost him nothing this way, and what is half an hour?

After he had got his undershirt on, Jiggins used to hitch himself up like a dog in harness and do Sandow exercises. He did them forwards, backward, and hind-side up.

He could have got a job as a dog anywhere. He spent all his time at this kind of thing. In his spare time at the office, he used to lie on his stomach on the floor and see if he could lift himself up with his knuckles. If he could, then he tried some other way until he found one that he couldn’t do. Then he would spend the rest of his lunch hour on his stomach, perfectly happy.

In the evenings in his room, he used to lift iron bars, cannon-balls, heave dumb-bells, and haul himself up to the ceiling with his teeth. You could hear the thumps half a mile. He liked it.

He spent half the night slinging himself around his room. He said it made his brain clear. When he got his brain perfectly clear, he went to bed and slept. As soon as he woke, he began clearing it again.

Jiggins is dead. He was, of course, a pioneer, but the fact that he dumb-belled himself to death at an early age does not prevent a whole generation of young men from following in his path.

They are ridden by the Health Mania.

They make themselves a nuisance.

And after all their fuss they presently incur some simple old-fashioned illness and die like anybody else.

Now people of this sort have no chance to attain any great age. They are on the wrong track.

Listen. Do you want to live to be really old, to enjoy a grand, green, exuberant, boastful old age and to make yourself a nuisance to your whole neighborhood with your reminiscences?

Then cut out all this nonsense. Cut it out. Get up in the morning at a sensible hour. The time to get up is when you have to, not before. If your office opens at eleven, get up at ten-thirty. Take your chance on ozone. There isn’t any such thing anyway. Or, if there is, you can buy a Thermos bottle full for five cents, and put it on a shelf in your cupboard. If your work begins at seven in the morning, get up at ten minutes to, but don’t be liar enough to say that you like it. It isn’t exhilarating, and you know it.

Also, drop all that cold-bath business. You never did it when you were a boy. Don’t be a fool now. If you must take a bath (you don’t really need to), take it warm. The pleasure of getting out of a cold bed and creeping into a hot bath beats a cold plunge to death. In any case, stop gassing about your tub and your “shower,” as if you were the only man who ever washed.

So much for that point.

Next, take the question of germs and bacilli. Don’t be scared of them. That’s all. That’s the whole thing, and if you once get on to that you never need to worry again.

If you see a bacilli, walk right up to it, and look it in the eye. If one flies into your room, strike at it with your hat or with a towel. Hit it as hard as you can between the neck and the thorax. It will soon get sick of that.

But as a matter of fact, a bacilli is perfectly quiet and harmless if you are not afraid of it. Speak to it. Call out to it to “lie down.” It will understand. I had a bacilli once, called Fido, that would come and lie at my feet while I was working. I never knew a more affectionate companion, and when it was run over by an automobile, I buried it in the garden with genuine sorrow.

(I admit this is an exaggeration. I don’t really remember its name; it may have been Robert.)

Now take the question of food.

Eat what you want. Eat lots of it. Yes, eat too much of it. Eat till you can just stagger across the room with it and prop it up against a sofa cushion. Eat everything that you like until you can’t eat anymore. The only test is, can you pay for it? If you can’t pay for it, don’t eat it. And listen don’t worry as to whether your food contains starch, or albumen, or gluten, or nitrogen. If you are a damn fool enough to want these things, go and buy them and eat all you want of them. Go to a laundry and get a bag of starch, and eat your fill of it. Eat it, and take a good long drink of glue after it, and a spoonful of Portland cement. That will gluten you, good and solid.

If you like nitrogen, go and get a druggist to give you a canful of it at the soda counter, and let you sip it with a straw. Only don’t think that you can mix all these things up with your food. There isn’t any nitrogen or phosphorus or albumen in ordinary things to eat. In any decent household, all that sort of stuff is washed out in the kitchen sink before the food is put on the table.

And just one word about fresh air and exercise. Don’t bother with either of them. Get your room full of good air, then shut up the windows and keep it. It will keep for years. Anyway, don’t keep using your lungs all the time. Let them rest.

As for exercise, if you have to take it, take it and put up with it. But as long as you have the price of a hack and can hire other people to play baseball for you and run races and do gymnastics when you sit in the shade and smoke and watch them great heavens, what more do you want?