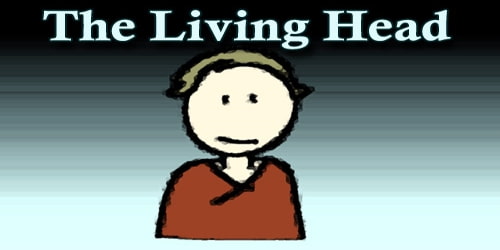 Long ago, there lived a man and his wife who had no children. How they wanted to have a child, but it seemed they would never have one.

So they prayed to their God, Diva, and earnestly requested him to bless them with a son, even if it were only ahead. At last, Diva pitied them and gave them a head for a son.

The poor couples were shocked to find that they had only ahead for a son. They were very sad at first. How will he grow up and how could they live with such a child? But then they remembered their request. Gradually, they ceased to think of their and their child’s misfortune and grew to love him very much. They named the child “Head”, for that was what he had.

So Head grew up under the love and care of his father and mother. Though everyone laughed at him at first, his nice behavior and cheerful disposition won him many friends and he was taught and brought up like any other human being.

“But dear son…,” answered his mother, “…you are only ahead and I do not think the chief’s daughter will like to marry only ahead.”

But Head insisted, and to quieten him, his mother went to the chief and told him of her son’s desire. Naturally, she met with a refusal, and returned home and told Head the result of her errand.

The head was heartbroken, even if he did not seem to have one. He was very sad, for he understood that he will never be able to marry anyone. How would he pass his long life then? He rolled downstairs into the garden and began to sink into the ground.

“Head, come up and let us eat!” repeated his mother.

“Sink! Sink! Sink!” Head desperately tried to bury himself into the ground.

The head’s mother rushed to save her son, but it was too late. Head had already sunk himself into the ground. In vain did she try to take him out. The poor woman cried and her husband tried to dig Head out. But he had gone somewhere deep inside.

A few days later, his parents were surprised to find that a tree had sprang up just where Head had sunk. Very soon, it bore large, round fruit, almost as large as a child’s head. The poor parents hugged the tree and loved it as long as they lived.