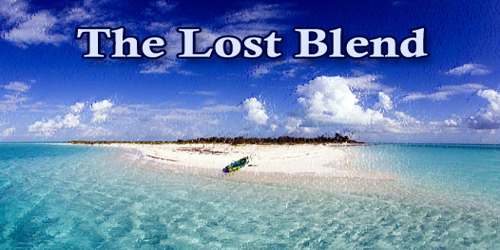 Since the bar has been blessed by the clergy, and cocktails open the dinners of the elect, one may speak of the saloon. Teetotalers need not listen if they choose; there is always the slot restaurant, where a dime dropped into the cold bouillon aperture will bring forth a dry Martini.

Con Lantry worked on the sober side of the bar in Kenealy’s cafe. You and I stood, one-legged like geese, on the other side and went into voluntary liquidation with our week’s wages. Opposite danced Con, clean, temperate, clear-headed, polite, white-jacketed, punctual, trustworthy, young, responsible, and took our money.

The saloon (whether blessed or cursed) stood in one of those little “places” which are parallelograms instead of streets and inhabited by laundries, decayed Knickerbocker families and Bohemians who have nothing to do with either.

Over the cafe lived Kenealy and his family. His daughter Katherine had eyes of dark Irish but why should you be told? Be content with your Geraldine or your Eliza Ann. For Con dreamed of her; and when she called softly at the foot of the back stairs for the pitcher of beer for dinner, his heart went up and down like a milk punch in the shaker. Orderly and fit are the rules of Romance; and if you hurl the last shilling of your fortune upon the bar for whiskey, the bartender shall take it, and marry his boss’s daughter, and goodwill grows out of it.

But not so Con. For in the presence of woman he was tongue-tied and scarlet. He who would quell with his eye the sonorous youth whom the claret punch made loquacious, or smash with lemon squeezer the obstreperous, or hurl gutter wand the cantankerous without a wrinkle coming to his white lawn tie, when he stood before woman he was voiceless, incoherent, stuttering, buried beneath a hot avalanche of bashfulness and misery. What then was he before Katherine? A trembler, with no word to say for himself, a stone without blarney, the dumbest lover that ever babbled of the weather in the presence of his divinity.

There came to Kenealy’s two sunburned men, Riley and McQuirk. They had conference with Kenealy, and then they took possession of a back room which they filled with bottles and siphons and jugs and druggist’s measuring glasses. All the appurtenances and liquids of a saloon were there, but they dispensed no drinks. All-day long the two sweltered in there pouring and mixing unknown brews and decoctions from the liquors in their store. Riley had the education, and he figured on reams of paper, reducing gallons to ounces and quarts to fluid drams. McQuirk, a morose man with a red eye, dashed each unsuccessful completed mixture into the waste pipes with curses gentle, husky and deep. They labored heavily and untiringly to achieve some mysterious solution like two alchemists striving to resolve gold from the elements.

Into this backroom one evening when his watch was done sauntered Con. His professional curiosity had been stirred by these occult bartenders at whose bar none drank, and who daily drew upon Kenealy’s store of liquors to follow their consuming and fruitless experiments.

Down the back stairs came Katherine with her smile like sunrise on Gweebarra Bay.

“It looks like r-rain,” stammered the shy one, backing to the wall.

“It couldn’t do better,” said Katherine. “I’m thinking there’s nothing the worse off for a little water.” In the back room Riley and McQuirk toiled like bearded witches over their strange compounds. From fifty bottles they drew liquids carefully measured after Riley’s figures, and shook the whole together in a great glass vessel. Then McQuirk would dash it out, with gloomy profanity, and they would begin again.

“Last summer me and Tim concludes that an American bar in this nation of Nicaragua would pay. There was a town on the coast where there’s nothing to eat but quinine and nothing to drink but rum. The natives and foreigners lay down with chills and get up with fevers; and a good mixed drink is nature’s remedy for all such tropical inconveniences.”

“So we lays in a fine stock of wet goods in New York, and bar fixtures and glassware, and we sails for that Santa Palma town on a lime steamer. On the way me and Tim sees flying fish and plays seven-up with the captain and steward, and already begins to feel like the high-ball kings of the tropics of Capricorn.”

“When we gets in five hours of the country that we was going to introduce to long drinks and short change the captain calls us over to the starboard binnacle and recollects a few things.”

‘I forgot to tell you, boys,’ says he, ‘that Nicaragua slapped an import duty of 48 per cent. ad valorem on all bottled goods last month. The President took a bottle of Cincinnati hair tonic by mistake for tobasco sauce, and he’s getting even. Barrelled goods is free.’

‘Sorry you didn’t mention it sooner,’ says we. And we bought two forty-two gallon casks from the captain, and opened every bottle we had and dumped the stuff all together in the casks. That 48 per cent would have ruined us; so we took the chances on making that $1,200 cocktail rather than throw the stuff away.

Well, when we landed we tapped one of the barrels. The mixture was something heartrending. It was the color of a plate of Bowery pea soup, and it tasted like one of those coffee substitutes your aunt makes you take for the heart trouble you get by picking losers. We gave an four fingers of it to try it, and he lay under a cocoanut tree three days beating the sand with his heels and refused to sign a testimonial.

“But the other barrel!” Say, bartender, did you ever put on a straw hat with a yellow band around it and go up in a balloon with a pretty girl with $8,000,000 in your pocket all at the same time? That’s what thirty drops of it would make you feel like. With two fingers of it inside you you would bury your face in your hands and cry because there wasn’t anything more worth while around for you to lick than little Jim Jeffries. Yes, sir, the stuff in that second barrel was distilled elixir of battle, money and high life. It was the color of gold and as clear as glass, and it shone after dark like the sunshine was still in it. A thousand years from now you’ll get a drink like that across the bar.

“Well, we started up business with that one line of drinks, and it was enough. The piebald gentry of that country stuck to it like a hive of bees. If that barrel had lasted that country would have become the greatest on earth. When we opened up of mornings we had a line of Generals and Colonels and ex-Presidents and revolutionists a block long waiting to be served. We started in at 50 cents silver a drink.” The last ten gallons went easy at $5 a gulp. It was wonderful stuff. It gave a man courage and ambition and nerve to do anything; at the same time he didn’t care whether his money was tainted or fresh from the Ice Trust. When that barrel was half gone Nicaragua had repudiated the National debt, removed the duty on cigarettes and was about to declare war on the United States and England.

“It was by accident we discovered this king of drinks, and ’twill be by good luck if we strike it again. For ten months we’ve been trying. Small lots at a time, we’ve mixed barrels of all the harmful ingredients known to the profession of drinking. Ye could have stocked ten bars with the whiskies, brandies, cordials, bitters, gins and wines me and Tim have wasted. A glorious drink like that to be denied to the world! It is a sorrow and a loss of money. The United States as a nation would welcome a drink of that sort, and pay for it.”

All the while McQuirk lead been carefully measuring and pouring together small quantities of various spirits, as Riley called them, from his latest pencilled prescription. The completed mixture was of a vile, mottled chocolate color. McQuirk tasted it, and hurled it, with appropriate epithets, into the waste sink.

‘It is a strange story, even if true,’ said Con. ‘I’ll be going now along to my supper.’

‘Take a drink,’ said Riley. ‘We’ve all kinds except the lost blend.’

‘I never drink,’ said Con, ‘anything stronger than water. I am just after meeting Miss Katherine by the stairs. She said a true word. ‘There’s not anything,’ says she, ‘but is better off for a little water.’

When Con had left them Riley almost felled McQuirk by a blow on the back.

‘Did ye hear that?’ he shouted. “Two fools are we. The six dozen bottles of Apollinaire we had on the slip ye opened them yourself which barrel did ye pour them in which barrel, ye mudhead?”

‘I mind,’ said McQuirk, slowly, ‘it was in the second barrel we opened. I mind the blue piece of paper pasted on the side of it.’

‘We’ve got it now,’ cried Riley. ‘It was that we lacked. It is the water that does the trick. Everything else we had right. Hurry, man, and get two bottles of Apollinaire from the bar, while I figure out the proportionments with me pencil.’

An hour later Con strolled down the sidewalk toward Kenealy’s cafe. Thus faithful employees haunt, during their recreation hours, the vicinity where they labor, drawn by some mysterious attraction.

A police patrol wagon stood at the side door. Three able cops were half carrying, half hustling Riley and McQuirk up its rear steps. The eyes and faces of each bore the bruises and cuts of sanguinary and assiduous conflict. Yet they whooped with strange joy, and directed upon the police the feeble remnants of their pugnacious madness.

“Began fighting each other in the back room,” explained Kenealy to Con. “And singing! That was worse. Smashed everything pretty much up. But they’re good men. They’ll pay for everything. Trying to invent some new kind of cocktail, they was. I’ll see they come out all right in the morning.”

Con sauntered into the back room to view the battlefield. As he went through the hall Katherine was just coming down the stairs.

“Good evening again, Mr. Lantry,” said she. “And is there no news from the weather yet?”

Riley and McQuirk had indeed waged a great and friendly battle. Broken bottles and glasses were everywhere. The room was full of alcohol fumes; the floor was variegated with spirituous puddles.

On the table stood a 32-ounce glass graduated measure. At the bottom of it were two tablespoonfuls of liquid a bright golden liquid that seemed to hold the sunshine a prisoner in its auriferous depths.

Con smelled it. He tasted it. He drank it.

As he returned through the hall Katherine was just going up the stairs.

“No news yet, Mr. Lantry?” she asked with her teasing laugh.

Con lifted her clear from the floor and held her there.

“Put me down, sir!” she cried indignantly, “or I will Oh, Con, where, oh, wherever did you get the nerve to say it?”