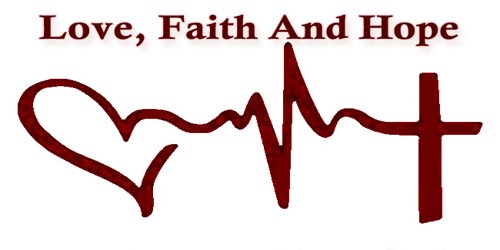 According to his passport, he was called Max Z. But as it was stated in the same passport that he had no special peculiarities about his features, I prefer to call him Mr. N+1. He represented a long line of young men who possess wavy, disheveled locks, straight, bold, and open looks, well-formed and strong bodies, and very large and powerful hearts.

All these youths have loved and perpetuated their love. Some of them have succeeded in engraving it on the tablets of history, like Henry IV; others, like Petrarch, have made literary preserves of it; some have availed themselves for that purpose of the newspapers, wherein the happenings of the day are recorded, and where they figured among those who had strangled themselves, shot themselves, or who had been shot by others; still others, the happiest and most modest of all, perpetuated their love by entering it in the birth records by creating posterity.

Max was firmly convinced that he was the first to have discovered the method of loving so intensely, so unrestrainedly, so passionately, and he regarded with contempt all who had loved before him. Still more, he was convinced that even after him no one would love as he did, and he felt sorry that with his death the secret of true love would be lost to mankind. But, being a modest young man, he attributed part of his achievement to her to his beloved. Not that she was perfection itself, but she came very close to it, as close as an ideal can come to reality.

There were prettier women than she, there were wiser women, but was there ever a better woman? Did there ever exist a woman on whose face was so clearly and distinctly written that she alone was worthy of love of infinite, pure, and devoted love? Max knew that there never were and that there never would be such women. In this respect, he had no special peculiarities, just as Adam did not have them, just as you, my reader, do not have them.

Beginning with Grandmother Eve and ending with the woman upon whom your eyes were directed before you read these lines the same inscription is to be clearly and distinctly read on the face of every woman at a certain time. The difference is only in the quality of the ink.

Max went to his friend, John N. He knew and he felt sure that such a true, disinterested, and honest friend there never was and never would be. And in this respect, too, as you see, Max had no special peculiarities. He went to his friend for the purpose of taking his advice concerning the mysterious disappearance of the inscription, and found John N. exactly at the moment when he was wiping away that inscription by his kisses. It was then that the records of the local occurrences were enriched by another unfortunate incident, entitled “An Attempt at Suicide.”

It is said that death always comes in due time. Evidently, that time had not yet arrived for Max, for he remained alive that is, he ate, drank, walked, borrowed money and did not return it, and altogether he showed by a series of psycho-physiological acts that he was a living being, possessing a stomach, a will, and a mind but his soul was dead, or, to be more exact, it was absorbed in lethargic sleep. The sound of human speech reached his ears, his eyes saw tears and laughter, but all that did not stir a single echo, a single emotion in his soul. I do not know what space of time had elapsed. It may have been one year, and it may have been ten years, for the length of such intermissions in life depends on how quickly the actor succeeds in changing his costume.

One beautiful day it was Wednesday or Thursday Max awakened completely. A careful and guarded liquidation of his spiritual property made it clear that a fair piece of Max’s soul, the part which contained his love for a woman and for his friends, was dead, like a paralysis-stricken hand or foot. But what remained was, nevertheless, enough for life. That was love for and faith in mankind. Then Max, having renounced personal happiness, started to work for the happiness of others.

That was a new phase he believed.

All the evil that is tormenting the world seemed to him to be concentrated in a “red flower,” in one red flower. It was but necessary to tear it down, and the incessant, heart-rending cries and moans which rise to the indifferent sky from all points of the earth, like its natural breathing, would be silenced. The evil of the world, he believed, lay in the evil will and in the madness of the people. They themselves were to blame for being unhappy, and they could be happy if they wished. This seemed so clear and simple that Max was dumfounded in his amazement at human stupidity. Humanity reminded him of a crowd huddled together in a spacious temple and panic-stricken at the cry of “Fire!”

Instead of passing calmly through the wide doors and saving themselves, the maddened people, with the cruelty of frenzied beasts, cry and roar, crush one another and perish not from the fire (for it is only imaginary), but from their own madness. It is enough sometimes when one sensible, firm word is uttered to this crowd the crowd calms down and imminent death is thus averted. Let, then, a hundred calm, rational voices be raised to mankind, showing them where to escape and where the danger lies and heaven will be established on earth, if not immediately, then at least within a very brief time.

Max began to utter his word of wisdom. How he uttered it you will learn later. The name of Max was mentioned in the newspapers, shouted in the market places, blessed and cursed; whole books were written on what Max N+1 had done, what he was doing, and what he intended to do. He appeared here and there and everywhere. He was seen standing at the head of the crowd, commanding it; he was seen in chains and under the knife of the guillotine. In this respect, Max did not have any special peculiarities, either. A preacher of humility and peace, a stern bearer of fire and sword, he was the same Max the believer. But while he was doing all this, time kept passing on. His nerves were shattered; his wavy locks became thin and his head began to look like that of Elijah the Prophet; here and there he felt a piercing pain….

The earth continued to turn light-mindedly around the sun, now coming nearer to it, now retreating coquettishly, and giving the impression that it fixed all its attention upon its household friend, the moon; the days were replaced by other days, and the dark nights by other dark nights, with such pedantic German punctuality and correctness that all the artistic natures were compelled to move over to the far north by degrees, where the devil himself would break his head endeavoring to distinguish between day and night when suddenly something happened to Max.

Somehow it happened that Max became misunderstood. He had calmed the crowd by his words of wisdom many a time before and had saved them from mutual destruction but now he was not understood. They thought that it was he who had shouted “Fire!” With all the eloquence of which he was capable he assured them that he was exerting all his efforts for their sake alone; that he himself needed absolutely nothing, for he was alone, childless; that he was ready to forget the sad misunderstanding and serve them again with faith and truth but all in vain. They would not trust him. And in this respect Max did not have any special peculiarities, either. The sad incident ended for Max in a new intermission.

Max was alive, as was positively established by medical experts, who had made a series of simple tests. Thus, when they pricked a needle into his foot, he shook his foot and tried to remove the needle. When they put food before him, he ate it, but he did not walk and did not ask for any loans, which clearly testified to the complete decline of his energy. His soul was dead as much as the soul can be dead while the body is alive. To Max all that he had loved and believed in was dead. Impenetrable gloom wrapped his soul. There were neither feelings in it, nor desires, nor thoughts. And there was not a more unhappy man in the world than Max if he was a man at all.

But he was a man.

According to the calendar, it was Friday or Saturday, when Max awakened as from a prolonged sleep. With the pleasant sensation of an owner to whom his property has been restored which had wrongly been taken from him, Max realized that he was once more in possession of all his five senses.

His sight reported to him that he was all alone, in a place which might in justice be called either a room or a chimney. Each wall of the room was about a meter and a half wide and about ten meters high. The walls were straight, white, smooth, with no openings, except one through which food was brought to Max. An electric lamp was burning brightly on the ceiling. It was burning all the time so that Max did not know now what darkness was. There was no furniture in the room, and Max had to lie on the stone floor. He lay curled together, as the narrowness of the room did not permit him to stretch himself.

His sense of hearing reported to him that until the day of his death he would not leave this room…. Having reported this, his hearing sank into inactivity, for not the slightest sound came from without, except the sounds which Max himself produced, tossing about, or shouting until he was hoarse until he lost his voice.

Max looked into himself. In contrast to the outward light which never went out, he saw within himself impenetrable, heavy, and motionless darkness. In that darkness, his love and faith were buried.

Max did not know whether time was moving or whether it stood motionless. The same even, white light poured down on him the same silence and quiet. Only by the beating of his heart, Max could judge that Chronos had not left his chariot. His body was aching ever more from the unnatural position in which it lay, and the constant light and silence were growing ever more tormenting. How happy are they for whom night exists, near whom people are shouting, making noise, beating drums; who may sit on a chair, with their feet hanging down, or lie with their feet outstretched, placing the head in a corner and covering it with the hands in order to create the illusion of darkness.

Max made an effort to recall and to picture to himself what there is in life; human faces, voices, the stars… He knew that his eyes would never in life see that again. He knew it, and yet he lived. He could have destroyed himself, for there is no position in which a man cannot do that, but instead, Max worried about his health, trying to eat, although he had no appetite, solving mathematical problems to occupy his mind so as not to lose his reason. He struggled against death as if it were not his deliverer, but his enemy; and as if life were to him not the worst of infernal tortures but love, faith, and happiness. Gloom in the Past, the grave in the Future, and infernal tortures in the Present and yet he lived. Tell me, John N., where did he get the strength for that?